None of the six friends ever said the word 'friendsgiving' on the show—but there is an interesting connection between the show and the tradition.

Friendsgiving is a relatively new tradition that I've wholeheartedly embraced. If you're unfamiliar with the celebration, it's a Thanksgiving dinner shared between friends rather than family. Of course, I'm all for eating two Thanksgiving meals—especially when there's pumpkin pie involved—but there's just something about a day dedicated to celebrating friendship that gives me the warm fuzzies.

But where did Friendsgiving come from? It's become increasingly popular over the last few years, but its origins go back to the mid-2000s. I've heard many theories that the term 'Friendsgiving' can be attributed to the TV show Friends—but how credible is that? So, as a certified Friends expert—my credentials include owning the complete DVD set ($60, Target) and quoting Chandler Bing whenever possible—I decided to find out.

How to Host Friendsgiving

It's a well-known fact one Friends Thanksgiving episode aired each season. And since there are ten seasons, it's become a tradition in many households to watch all ten episodes back-to-back around Thanksgiving time (my favorite is the one with The Gellar Cup). Each season, for some reason or another, all six of the friends find themselves celebrating together in the city rather than going home to their families. And so, each Thanksgiving, the episode concludes with the friends declaring their thankfulness and appreciation for each other—much like the modern-day Friendsgiving celebration.

So while no one ever said 'Friendsgiving' on the show, many credit the six friends with the invention of Friendsgiving. Not to mention the show's name is literally part of the word. So, is this just a crazy fan theory? As it turns out, no, it's not—some significant data points to Friendsgiving originating from the show.

Friends was on the air from 1994 to 2004, and the first recorded Google searches for 'Friendsgiving' hit in the fall of 2004. Could this be more of a coincidence? And then, when friends first came to Netflix in 2015—making the show easily accessible to the masses for the first time since it had stopped airing—Google searches for 'Friendsgiving' peaked again and have steadily increased every year since.

And in case you needed further convincing that you should add Friendsgiving (and a Friends marathon) to your annual holiday plans, Merriam-Webster officially added the term to the dictionary last year. So as you gather your gang for a socially-distanced Friendsgiving celebration this year, say a quick thanks to Monica, Rachel, Phoebe, Chandler, Ross, and Joey for this heartfelt tradition. 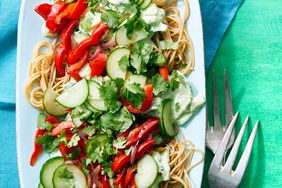 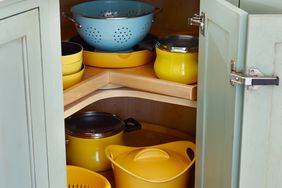 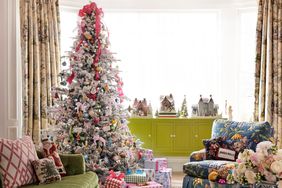 More is More with This Maximalist Christmas Home Decor 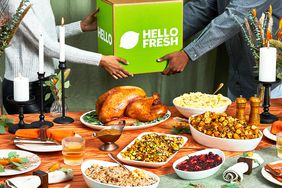 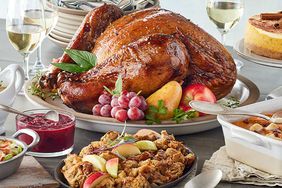 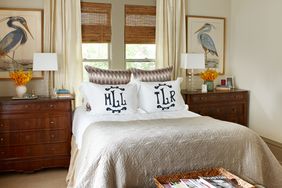 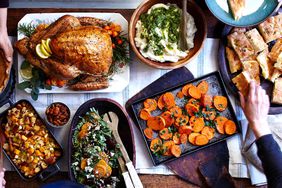 Best Hacks for Hosting a Stress-Free Friendsgiving This Year 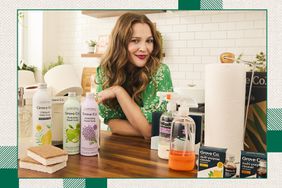 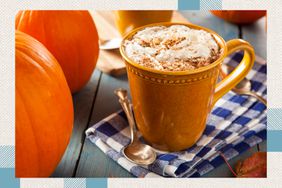