Balsamic vinegar isn't just for salads. Pour a quick drizzle over fresh Brussels sprouts before popping them into the oven to roast for a richer flavor than plain salt and pepper.

If you don't want to wait for your oven to preheat, you can create the same rich, roasted caramelization in no time on your stove. Give the Brussels sprouts side dish an extra burst of flavor by cooking them in sherry with fresh thyme and rosemary.

You can never go wrong cooking Brussels sprouts in a creamy, dreamy sauce (especially when there's bacon involved!). To keep the bacon crispy, cook it separately and add just before serving.

To balance out the sometimes bitter flavor of these crispy Brussels sprouts, turn to your spice rack. A sprinkle of cinnamon adds a just-right touch of sweetness that will have your guests asking for seconds.

Sometimes it's best to keep your sides simple. Let Brussels sprouts truly shine at your dinner table by caramelizing them on the stove using just lemon juice, olive oil, salt, and black pepper.

Almost hearty enough to make a meal, this Brussels sprouts salad is packed with spinach, cannellini beans, pears, and dates. Instead of store-bought, make your own dressing to drizzle over your plate. Trust us: It's worth the extra step.

These air-fryer Brussels sprouts are perfectly crispy and oh-so-delicious. Serve these as a quick and easy appetizer with our sweet and tangy dipping sauce that contains soy sauce, fish sauce, chile sauce, and mango.

Give your Brussels sprouts a burst of Asian-inspired flavor by adding green onions and soy sauce to the pan. You can also add heat to this veggie-filled side by stirring in a little extra chopped serrano chile pepper.

This fresh Brussels sprouts recipe cooks to perfection in your pressure cooker. Maple syrup, bacon, and a hint of Dijon provide an irresistible sweet and salty bite to the green side. 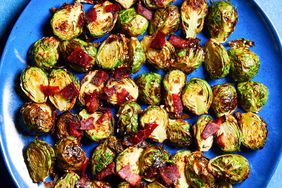 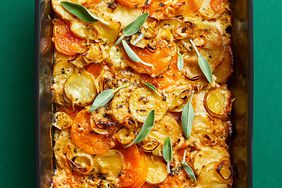 13 Vegetarian Sides for a Thanksgiving Dinner Everyone Will Enjoy 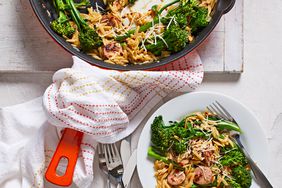 21 Delicious Thanksgiving Side Dishes to Try This Year 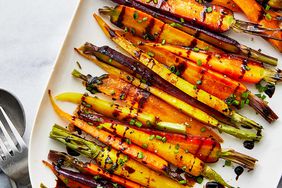 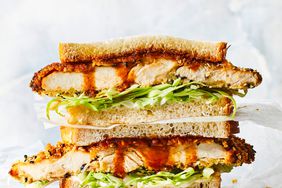 37 Stunning Apple Desserts to Add to Your Fall Baking List 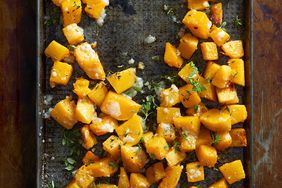 16 Roasted Vegetables That Will Have You Craving More Veggies 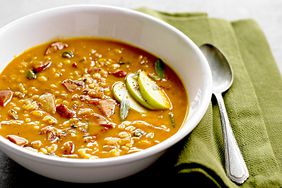 17 Grilled Burger Recipes You Must Make This Summer