17 Cozy Cinnamon Recipes to Spice Up Your Menu

Warm and spicy cinnamon is the perfect complement to sugar, chocolate, and other cozy flavors, such as nutmeg and cloves. Homemade cinnamon rolls are amazing, but there are so many more uses for cinnamon. Go beyond cinnamon desserts and find surprising main dishes such as chili recipes with cinnamon, chicken dishes, and more. Here are some of our all-time favorite cinnamon recipes for you to try.

Choose walnuts or pecans to make this delicious cinnamon snack. The nuts are coated in an irresistible cinnamon-sugar blend that gets extra flavor from nutmeg and vanilla. They'll make a perfect homemade food gift around the holidays.

A carrot-based filling (yes, carrots!) is the secret to these pretty, petite cinnamon treats. The easy 5-ingredient recipe is overflowing with spicy-sweet cinnamon flavor. Use a food processor to give the custard its signature smooth and creamy texture.

You don't need to buy a flavored blend to enjoy cinnamon coffee. Just brew your favorite beans, add a few simple ingredients—including real cinnamon sticks—and you're on your way to a brighter, spicier morning. A dollop of whipped cream dusted with extra cinnamon makes a pretty presentation.

There are few foods that are as fun and delicious as pull-apart bread. The beauty of this cinnamon bread recipe is the fact you can prepare the ingredients and keep the dough in the fridge for up to two days. Prepare in the morning for a sweet breakfast or brunch addition.

Cinnamon is the star in these gooey streusel bars that are filled with sweet apples, toasted walnuts, and cream cheese. Line the pan with aluminum foil to easily remove the bars from the pan.

Fans of cinnamon rolls will adore this cupcake recipe. The layered brown sugar-cinnamon crumble and caps of creamy butter frosting really make this a cinnamon dessert recipe to remember.

Celebrate fall's arrival with this showstopping cinnamon dessert. Whole pears are poached in a zesty bath of orange juice, cinnamon, and sugar. From there, the seasonal fruit is surrounded by a spicy chocolate loaf cake.

With 50 five-star ratings, this cinnamon recipe is a fan favorite. Let these cinnamon buns rise overnight in the fridge. When you wake up, bake them until golden (and expect the family to come running toward the delightful cinnamon smell).

A sweetened yeast dough is the base of this cinnamon baking recipe. Once proved, turn into the signature twists. You can also tie it into cinnamon knots or twist into a pretzel shape.

This cinnamon recipe is packed with anti-inflammatory ingredients. The veggies, salmon, and lentils make a delicious one-dish meal that you'll make on repeat.

What Is the Anti-Inflammatory Diet? (Plus Signs of Chronic Inflammation to Look For)
13 of 17

Start your holiday baking early with this cinnamon dessert recipe. Once the blondie-like bars are baked, wrap and freeze them for up to one month. This way, you'll have cinnamon treats on hand whenever you have guests or just need to fix a sweet tooth craving.

A churro is a type of fried dough popular in Latin cuisine. Once fried, the light and crispy churros are rolled in a cinnamon-sugar coating. Serve with our recipe for chocolate dipping sauce or with fruit for a delicious brunch dessert.

Coffee cake recipes and cinnamon seem to go hand in hand. This easy cinnamon dessert is made by layering the cake batter and streusel mixture in a skillet. If desired, top with our easy powdered sugar icing.

Skip the donut shop and make this healthier baked donut recipe instead. The batter is nice and moist thanks to adding yogurt to the mix. The adorable cinnamon-sugar donuts only take 8 minutes to bake, so you'll be munching away in no time.

Anyone not from the Midwest might be confused to find cinnamon in a chili recipe. This Cincinnati-famous recipe uses warm spices along with semisweet chocolate to give the unique chili recipe a surprising, yet super delicious flavor. Serve over noodles with cheese and chopped onions for the full traditional experience.

The Midwest is Obsessed with Eating Cinnamon Rolls with Chili07
Was this page helpful?
Thanks for your feedback!
Tell us why!
Related Articles

17 Savory Pumpkin Recipes That Bring Fall to the Dinner Table 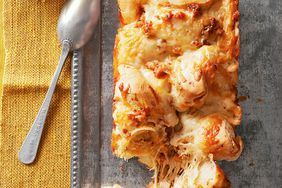 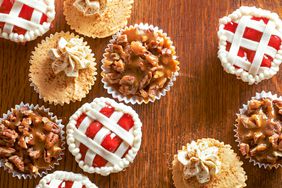 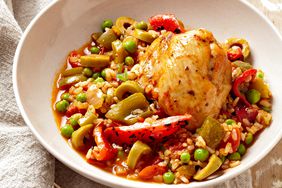 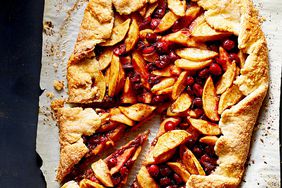 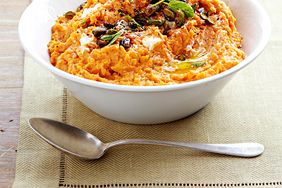 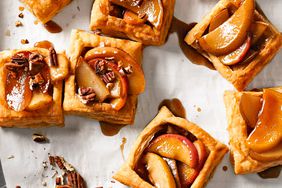 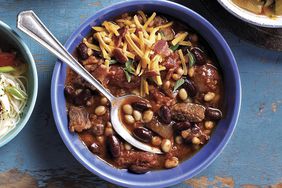 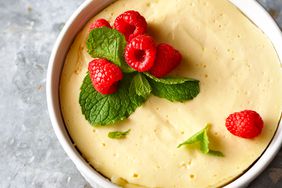 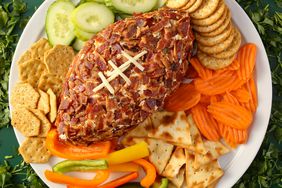 Looking for Game Day Snacks to Buy? Make Some of Our Recipes Instead 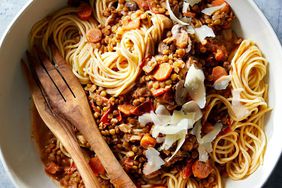