Follow this guide to choose the perfect potato for any recipe and learn how to cook them—whether you want them boiled, baked, mashed, fried, or scalloped.

Potatoes are the ultimate comfort food, starring in favorite recipes such as creamy mashed potatoes, saucy scalloped potatoes, fluffy baked potatoes, and more. The most important part is picking a potato that's right for your recipe. There are three categories of potatoes: waxy (such as round white potatoes), high-starch (such as russet potatoes), and medium-starch (such as Yukon gold potatoes). Waxy potatoes hold their shape well after cooking, making them great for casseroles and potato salads. High-starch potatoes don't hold their shape well after cooking, so they're not a great choice for casseroles and gratins, but they're delicious when boiled, baked, or fried. As their name suggests, medium-starch potatoes fall in between the two—because of this, they're great in almost any recipe. Pick your potatoes and start practicing these cooking methods!

How to Cook a Baked Potato

Baked potatoes are super easy (it only takes four steps!), and they'll pair with almost any main dish, including steak, chicken, and seafood. Depending on the toppings you add, a fluffy baked potato could even become lunch or a light dinner on its own. Learn how to cook a baked potato in the oven to enjoy any time you want.

If you're craving a baked potato but don't have time to cook it in the oven, you can also learn how to cook a potato in the microwave. Just like making a regular baked potato, scrub it first under running water. Then, use a fork to prick holes in the potato (this lets steam escape while it cooks). Depending on how large the potato is, you'll want to microwave it for about four to six minutes; then, flip it and microwave it again for the same amount of time. When it's done, you'll have a hot, expertly cooked potato in much less time than a regular baked potato.

How to Make Fried Potatoes

Call them what you like—fried potatoes, home fries, cottage fries—they're delicious no matter the name! Similar to French fries, fried potatoes are thinly sliced potatoes or wedges that are cooked in butter or oil. You can easily cook them on your stovetop or in the oven, and if you want them extra crispy without the oil, you can also learn how to cook potatoes in an air fryer!

How to Boil Potatoes

Boiled potatoes are the base for many different recipes, including potato salad, mashed potatoes, or even as a side dish on their own (just top with your favorite fresh herbs). If you need to cook up tender potatoes in a hurry, boiling is definitely the way to go. Boiling sweet potatoes is almost the same process, but they'll usually need to cook just a bit longer.

Get the Scalloped Potato Recipe

How to Make Scalloped Potatoes

Beautiful scalloped potatoes are one of the best potato recipes for holiday gatherings or dinner parties. For the best scalloped potatoes, select a waxy or medium-starch variety such as Yukon gold, red, yellow, or white potatoes. Slices of these potato varieties tend to hold their shape better during baking than higher-starch potatoes. Because these potatoes have thin peels (unlike russets), you can leave the peels on the potatoes for extra color and texture. Here are some other tips for making homemade scalloped potatoes.

The thickness of the potato slices is key; typically, 1/8 inch is recommended. Because you'll want the thickness of all the slices to be consistent for even baking (to avoid overbaked or underbaked areas), your best bet is to use a mandoline. If you don't have access to a mandoline, use a sharp chef's knife to cut thin, even slices.

To make the white sauce for scalloped potatoes smooth and rich, thicken it with a roux. A roux is a mixture of equal parts melted butter (or any fat) and flour that is combined before being whisked into the milk. The roux doesn't leave lumps in the sauce like a thickening mixture of flour and water because the butter coats the starch molecules of the flour and prevents them from clumping. In addition, the butter adds a rich flavor to the sauce. Here's how to make delicious scalloped potatoes:

How to Cook Mashed Potatoes

How to Mash Potatoes

Choose one of these methods for expertly mashed potatoes:

How to Cook Potatoes in a Pressure Cooker

If you want to speed up the process for baked or boiled potatoes, break out your pressure cooker. You'll still need to add water to steam the potatoes, but it's one of the quickest ways to cook potatoes. Once the cooker comes up to pressure, sweet and regular potatoes can cook in just 5 minutes. Quick release the pressure, then drain and enjoy. You can mash them or just dig in (depending on the type of potato you use, they'll taste similar to baked potatoes). 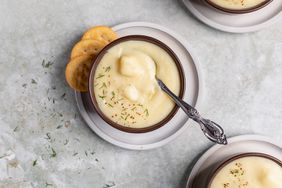 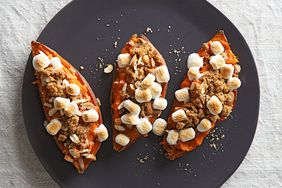 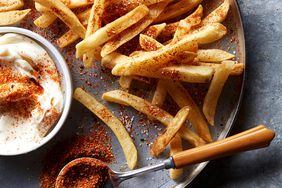 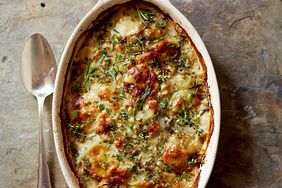 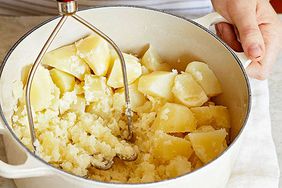 4 Tools You Need to Make the Best Mashed Potatoes Ever