Add color, flavor, and crunch to all kinds of recipes by shredding vegetables using our easy tips.

Whether you're shredding a head of cabbage for coleslaw or preparing potatoes for breakfast hash browns, knowing how to shred vegetables properly is the key to some of our favorite recipes. By definition, to shred means to scrape food across or through a shredding surface to make strips. To finely shred means to make long, thin strips. Most vegetables can be shredded with a box grater, a hand grater, or a food processor—however, cabbage, lettuce, and other leafy greens can just as easily be shredded with a knife. Here you'll learn the best ways to shred carrots, greens, and all other veggies.

How to Shred Carrots and Other Nonleafy Vegetables

Use the following steps to learn how to shred carrots, potatoes, beets, and other root vegetables. You'll also be able to shred cucumbers, asparagus, zucchini squash, yellow summer squash, and other nonleafy vegetables.

Test Kitchen Tip: As the vegetable you're grating becomes smaller, it's easy to shred skin from your fingertips or knuckles as they get too close to the shredding surface. Once the vegetable has been shredded down to a small piece, cut this remaining piece by hand into small strips using a sharp knife (Target). You can also buy a cut-resistant glove (Amazon) to protect your hand.

16 Healthy Chopped Salad Recipes That Are Anything But Boring

How to Shred Kale and Other Leafy Greens

Yes, you can shred lettuce at home and there's no need for a grater. Here's how to shred lettuces that have loose (rather than tightly packed) leaves; these include romaine, butterhead, red lettuce, and green leaf lettuce. These instructions also apply to other leafy greens, such as kale, napa cabbage, Savoy cabbage, Swiss chard, escarole, turnip greens, and other sturdy leafy greens:

Get the Recipe for Winter Slaw with Kale and Cabbage

How to Shred Cabbage and Iceberg Lettuce

Leave your grater in the drawer—the best way to shred cabbage and iceberg lettuce (round vegetables with tightly packed leaves) is with your trusty chef's knife. Get the step-by-step instructions for shredding cabbage and lettuce here.

Either will work, but each has its advantages. While the box grater (Amazon) offers more functions, the plane grater ( Crate & Barrel) takes up less room in your kitchen and can be easily tucked into a drawer.

Shredding Vegetables in a Food Processor

You can also use a food processor (Target) fitted with a shredding blade. Follow the directions given by the manufacturer. Our Test Kitchen does not recommend shredding vegetables in a blender, as blenders chop the food into short, small, uneven pieces rather than shredding them into long, narrow, uniform strips.

Carrots, cabbage, and other greens are often used by the cupful in recipes. Here's a guide to estimate how much of each vegetable you'll need to shred for each cup:

Here are some of the most common ways in which shredded vegetables are used in recipes:

After you've shredded all the vegetables to your heart's desire, move on to veggie noodles. Spiralize some zucchini for lasagna or some butternut squash noodles for a low-carb pasta night. 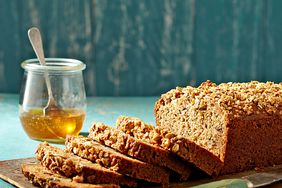 How to Cut Zucchini 5 Different Ways 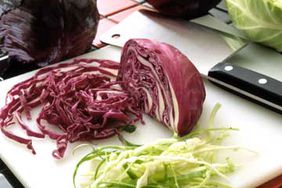 How to Shred Lettuce and Cabbage for Tacos, Slaw, and More 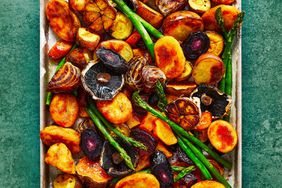 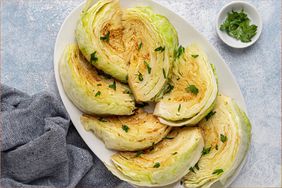 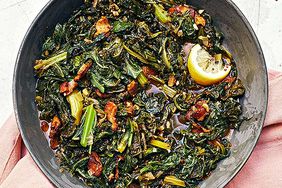 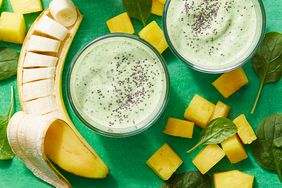 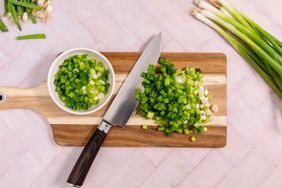 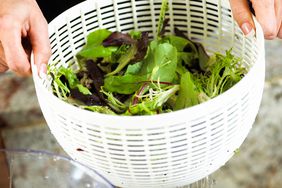 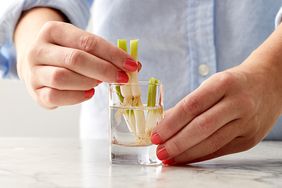 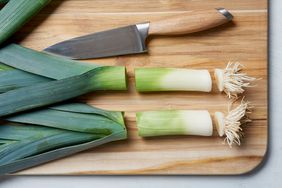 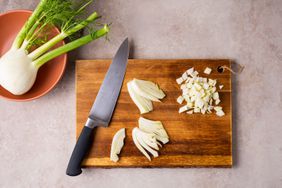 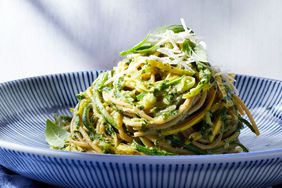 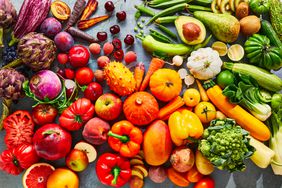