Kiwi Berries Are Bite-Sized Kiwis You Don't Have to Peel

It's peak season for the fruit, but they're actually fairly difficult to find.

Jennifer Aldrich
Jennifer Aldrich is an experienced editor who has worked at the two largest magazine publishers in the United States. She shares her knowledge of social media to millions of users through the Facebook, Instagram, TikTok, and Twitter accounts for Better Homes & Gardens.
Learn about BHG's Editorial Process
Fact checked by
Marcus Reeves

Eating healthy has become so much easier thanks to the abundance of fruit that tastes almost as sweet as candy. First, people went wild over candy hearts grapes. Now, there's another fascinating fruit that recently caught our eye: the kiwi berry. The pint-sized produce, which reminds us of the super cute cucamelon, has been seeing a surge in popularity during its current peak season.

Berry Storage Secrets to Extend the Life of Your Fruit

What Are Kiwi Berries?

The kiwi berry, or Actinidia arguta, is a perennial vine that's native to several countries in the northern hemisphere, including Korea and China. If you haven't had the pleasure of sinking your teeth into this delicious fruit, it tastes exactly how you might imagine. They're basically a teeny tiny version of a kiwi, but without the fuzzy exterior. So, instead of taking the time to tediously peel each piece of fruit, which would be pretty difficult given their small size, you can just pop them in your mouth. Similar to kiwis, the softer they are, the sweeter they taste, so if you like your fruit on the sugary side, make sure your berries are almost squishy.

Like all fruit, not only are these berries tasty, but they're also packed with nutrients. They're rich in vitamin C, high in fiber, and also contain potassium, magnesium, and vitamin E, according to Hurst's Berry Farm International.

How to Grow Berries in Containers

Given that it's prime time for these bites, we've been seeing them pop up on social media recently. Lisa Troutner, who owns Carmel Bella Farm in Carmel Valley, California, actually grows kiwi berries on her farm. On Instagram she showed off a handful of juicy berries that she calls one of her favorite fruits. Natalie Wiser-Orozco, a plant-based blogger who features healthy recipes on her website, The Devil Wears Parsley, writes that she often adds kiwi berries to her salads.

The only downside about this bite-sized fruit is its extremely short season. In the United States, they're only sold in September and part of October, and because of their short shelf life, some grocery stores don't carry them at all. (However, they have been spotted at some popular grocers, including Trader Joe's.) Hurst's Berry Farm International notes they only stay on supermarket shelves for about seven to 14 days, and once purchased, they should be eaten within a week. So if you see them at your local grocer or farmers market, make sure to snag a package or two and eat immediately. 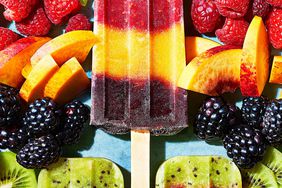 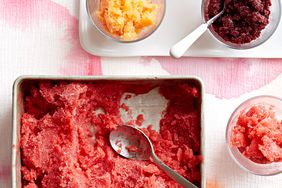 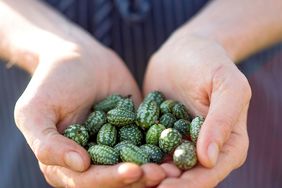 9 Miniature Vegetables and Fruits You Can Grow in Your Garden 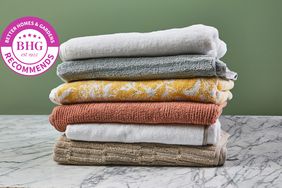 The 10 Best Bath Towels for Plushness, Absorbency, and Durability, According to Testing 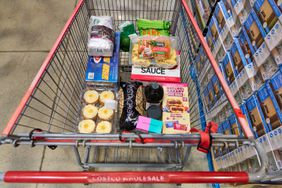 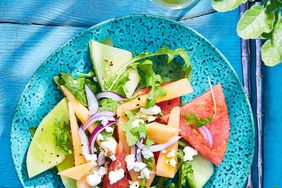 14 Modern Fruit Salad Recipes to Sweeten Up Your Menu