There's a lot of mystery and many misconceptions around MSG. We've got answers from medical pros and scientific research about this misunderstood seasoning.

Since 1968 when one doctor wrote a letter to the New England Journal of Medicine about his symptoms after eating at a Chinese restaurant, MSG side effects have been under the microscope. In that correspondence, Robert Ho Man Kwok, M.D., questioned whether MSG in the food was the cause for a variety of symptoms he experienced, including heart palpitations and weakness. His hypothesis was taken as fact by many, and scientists have spent the past four decades conducting studies about the flavor enhancer and its safety.

We turned to health pros and the latest scientific research for answers to the most common MSG mysteries—and to clear up some MSG myths—so you can order and eat wisely.

What Is MSG, and What Foods Have MSG in Them?

"Monosodium glutamate, or its common name of MSG, is simply sodium and glutamate, an amino acid," explains Megan Meyer, Ph.D., the director of science communications at the International Food Information Council Foundation. "It's produced through a fermentation process using corn, sugars, and starch." To create MSG, a form of glutamate is combined with sodium to stabilize it so it's shelf-stable.

It also occurs naturally in foods such as:

The amino acid glutamate is found even in breast milk, according to research published in the American Journal of Clinical Nutrition, so many of us consumed it long before we had ever heard those three letters put together.

MSG amplifies the savory and meaty flavors (often called umami) in foods. You've may have seen MSG as a seasoning in baking aisles under the name Accent. Turn that container around to check the ingredient list and you'll see only monosodium glutamate listed. It's possible you've seen packages labeled "MSG" at specialty retailers or online, but it's more commonly called Accent in grocery chains.

What Does Science Say About MSG?

Most studies addressing whether MSG is bad for you have been performed on mice. The handful involving humans showed no health impact at normal consumption levels. (The average American consumes about 1/10 of a teaspoon each day.) Scientists have tested for side effects of both naturally occurring MSG and the manufactured seasoning product, and the body reacted similarly.

"Over the years, we have seen anecdotal reports linking MSG to headaches and nausea. Ever since the first incidents were reported, there's been no strong medical evidence to support these claims," Meyer says.

The United States Food and Drug Administration (FDA) investigated some of these claims and has "never been able to confirm that the MSG caused the reported effects," she says.

"In addition, the FDA commissioned a group of independent scientists from the Federation of American Societies for Experimental Biology (FASEB) to examine the safety of MSG in the 1990s. The FASEB report determined that MSG is safe," Meyer says.

Is MSG Safe or Is MSG Bad For You?

"MSG is safe," Meyer confirms. "The U.S. FDA recognizes MSG as GRAS [generally recognized as safe]. To be GRAS, MSG and other food additives must provide scientific research of its safe use. These studies are further evaluated by an independent panel of experts," she says.

The World Health Organization, as well as medical experts in Europe and Australia, have also found that MSG doesn't cause any health problems.

In fact, in Meyer's opinion, it can actually be a healthy choice when used in moderation.

"In addition to a flavor enhancer, MSG can be used as an alternative to sodium to reduce an individual's overall sodium intake. Glutamate has a flavor-enhancing effect, like salt, but it contains only one-third the amount of sodium as table salt," Meyers says. "This is especially important for those with high blood pressure." (If that's you, these tasty low-sodium recipes are worth a spot on your dinner table.)

Although the American government has not set a level we can or should consume of MSG, The European Food Safety Authority has set an acceptable daily intake (ADI) at 30 milligrams per kilogram of body weight, which nets out to about 2,000 milligrams per day for a 150-pound person. (For perspective, the recommended daily allowance of sodium is 2,300 milligrams per day, and the average American consumes 3,400 milligrams.)

Based on current evidence, the headaches and palpitations anyone feels after eating food with MSG might be due to the placebo effect (in other words, perhaps a friend mentioned that recipes with MSG make her feel odd then you do too) or due to some other common component in the recipes that just happen to call for MSG or MSG-rich ingredients.

Still, if recipes or ingredients that contain glutamates make you feel "off," it's not going to hurt to avoid them and eat a well-balanced diet of other healthy recipes instead.

Your Complete Probiotics Guide to Keep Your Gut Healthy 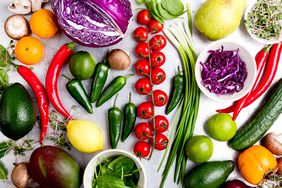 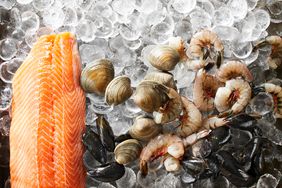 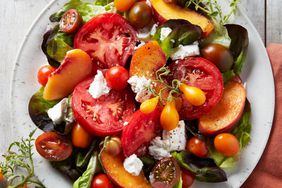 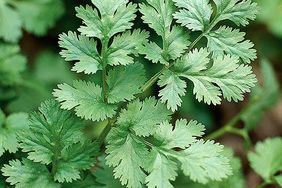 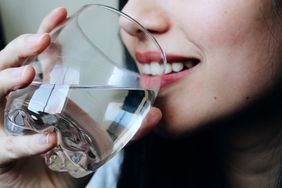 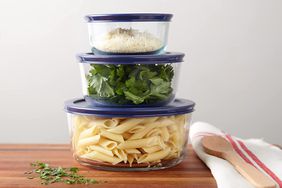 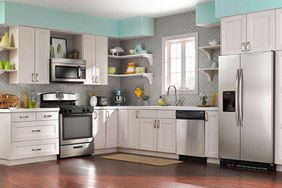 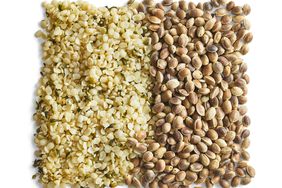