What Raises Cholesterol? 4 Surprising Foods Can Cause an Increase

Keep your cholesterol levels healthy by staying mindful of these trigger foods that can raise your bad (LDL) cholesterol.

Brierley Horton, MS, RD
Brierley Horton is a registered dietitian nutritionist and experienced independent writer and editor with 15 years experience. She previously served as Food & Nutrition Director for Cooking Light magazine and was the Nutrition Editor at EatingWell magazine for nearly a decade.
Learn about BHG's Editorial Process
Fact checked by
Marcus Reeves

Nearly one of every three American adults has high cholesterol, and particularly high levels of LDL, the "bad" cholesterol that plays a role in the fatty buildup and narrowing of arteries (aka atherosclerosis).

Chances are you or someone you're close to has this diagnosis and wants to take steps to lower cholesterol. There are many beneficial medications for this, and the research that's looked at people taking these medications long-term is good. But even if you are taking statins, adopting healthier diet habits is still worthwhile.

Or perhaps your cholesterol levels are within normal guidelines and you want to keep them there. In both scenarios, you can adopt simple ways to maintain healthy cholesterol levels, or shift toward healthier numbers, with what you eat. And no, it's not just about avoiding foods high in cholesterol, as you'll find out.

Types of Cholesterol (They're Not All Bad)

First, let's differentiate between HDL and LDL cholesterol. HDL is the so-called "good" cholesterol. It helps get unwanted cholesterol out of your body. Medications aren't very successful at raising HDL levels. Instead, if you smoke, quit; if you're overweight or obese, lose weight. Ramp up your exercise, especially your cardio routine. These three lifestyle changes (which, yes, are more easily said than done) have more impact on your HDL levels than most food or prescription changes.

"The most important number from a cholesterol profile is LDL. It's the target for therapy because it's linearly related to heart disease risk," says Elizabeth Klodas, MD, FACC, cardiologist, and founder of Step One Foods. It's also relatively easy to lower with a prescription.

The vast majority of cholesterol circulating in our bodies is produced inside our bodies.

The surprising part is that high-cholesterol foods like shrimp (and other shellfish) and egg yolks don't really drive up your LDL levels. "The vast majority of cholesterol circulating in our bodies is produced inside our bodies," says Klodas.

These four items, which range from well-known LDL offenders to quite surprising, are the most harmful in causing increased LDL levels.

These are animal-based fats. Think cream, cheese, and the marbling in beef and chicken. Saturated fats increase your LDL cholesterol and over time that's what leads to a build-up of plaque in your arteries, which raises your risk for heart disease, heart attack, and stroke.

By "simple," we mean highly processed carbohydrates, such as sugar, sugary drinks, juices, white pasta, white rice, and super-processed cereals. "Some of the worst cholesterol I've seen are in people who eat a low-fat, low-cholesterol diet," says Klodas. Think foods like rice cakes, low-fat cookies, and white bread. Research suggests that a white carb-heavy diet increases a type of cholesterol called VLDL (or "very low" density lipoprotein) in our bloodstream. Think of it as a smaller form of LDL, and like LDL, it's considered a "bad" cholesterol because it can also build up in your arteries and become plaque.

"I have seen eye-popping LDL levels in people on a keto diet. I've had patients double their LDL after trying the keto diet," says Klodas. Because a keto diet is so fat-heavy, it's natural for followers to increase their saturated and unsaturated fat intake. And remember, increasing your saturated fat can raise LDL. But everyone's biochemistry is unique, so not everyone who follows the keto diet sees a sharp rise in their LDL, Kodas explains.

That said, these foods don't have to be eliminated entirely from your diet if you have high cholesterol. The interaction between food and cholesterol in your body is complex. "It's the totality of what you eat that influences cholesterol levels. If you overdo it, and all you eat is shrimp, at some point that cholesterol will make a difference," explains Klodas.

People often think they must turn their life upside down to improve their cholesterol. "You don't have to be a yoga-practicing, vegan triathlete to make a difference," says Klodas. "As a cardiologist, I ask my patients to change out two things that they're eating each day. That's it. They don't have to eat salads. They don't even have to exercise. In one month, I will show them an improvement in their cholesterol."

There's research to back this up, too: Small sustained changes have a significant impact on heart health. For instance, when study participants (in a study conducted by Klodas and colleagues and presented at an American Heart Association conference) simply added two servings of a premade heart-healthy food to their daily diet for a month, their LDL dropped significantly. The participants made no other changes to their diet or day-to-day behavior.

To improve your cholesterol profile, work with your doctor to get to the root cause. From a medical standpoint, the emphasis, as recommended by the American Heart Association, is turning toward increased LDL levels throughout life. It's not just today's level that matters to your heart health. It's what your average LDL has been over your lifetime. 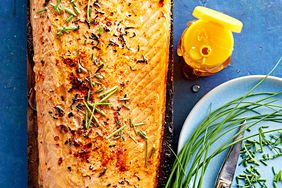 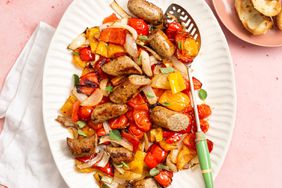 13 Tasty Heart-Healthy Recipes That Can Help Lower Your Cholesterol 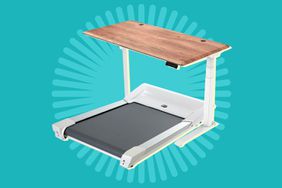 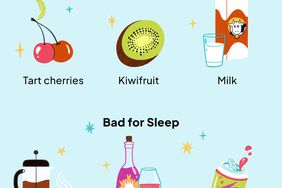