Get ready for the equivalent of a big, warm culinary hug as Ina Garten reinvents some of her favorite sweets in her cookbook, Modern Comfort Food.

For Ina Garten, some foods can soothe the soul. "I love remembered flavors," she says. In fact, she firmly believes that almost any dark mood can be lightened by a crispy roast chicken, a baked-from-scratch cookie, or a well-mixed cocktail. "If I'm truly, deeply miserable, a whiskey sour always does it," she says with a laugh. "It's my crankiest happy place."

Of course, nothing banishes the blues like a slice of chocolate cake. Ina, known to most as the Barefoot Contessa, has included a cocoa-rich, birthday-worthy confection in every one of her dozen books, including her latest, Modern Comfort Food, which is a deep dive into the idea of cooking and eating as solace and joy.

Cozy cuisine is not exactly new territory for the contessa. "I think comfort food is whatever you had as a kid, and that sort of cooking is what I've been doing all these years anyway," Ina says. Though her recipes might have their genesis in familiar ideas, that's only a jumping-off point. "I always look at a standard recipe and ask myself two things: One, how can I make this taste better? And two, how can I make this easier to cook?" she says.

During the pandemic, Ina cooked up comfort in her East Hampton, New York kitchen where she spoiled her adored husband, Jeffrey, with treats like lobster pot pie and their favorite low-effort special-occasion dinner: a decadent cheese and charcuterie board for two. But she also found fun in a more unexpected place: Instagram, where she's delighted her millions of followers with simple recipe ideas and sometimes hilarious cocktail demos. (If you haven't watched her mix the world's largest cosmopolitan, you're in for a treat.)

"When the pandemic came around, my friend said, 'Maybe you should see if people on Instagram have cooking questions,'" she says. "And I was like, I don't know the answers. But I thought I'll just post a picture of my pantry and see what happens." What happened was an ongoing virtual dialogue about everything—including the monotony of unloading the dishwasher and how to use up all those dried beans everyone stockpiled. "These conversations ended up being really satisfying for me because [they gave] me purpose at a time when we are all incredibly anxious," she says. "[They became] a comfort—Instagram and lots of grilled cheese sandwiches."

These desserts from Ina are all the comfort you need to turn a down day right side up or make a good day great.

Ina's approach to banana pudding? "I thought, Let me see if I can raise the bar," she says. In her version, gingersnaps replace the usual vanilla wafers and vanilla bean, and a few tablespoons of Mount Gay rum flavor the pudding.

Sour cream in the batter (for an extra-moist texture) and high-quality semisweet chocolate in the icing are Ina's upgrades to the iconic New York treats, which eat more like little cakes.

This total misnomer dates back to the 1880s when cakes and pies were baked in the same type of pan. Ina's modern twist is decadent with an orange juice-Grand Marnier syrup soaking the vanilla cake and another shot of the orange liqueur in the pastry cream.

The pastry cream and cakes can be made ahead and refrigerated separately, but prepare the glaze and assemble 1 hour before serving. Don't refrigerate the assembled cake before serving or beads of condensation will form on top.

An Ina Garten chocolate cake is not your usual chocolate cake. According to Ina, this dense, rich cake is somewhere between a chocolate torte and a molten cake. And it includes just a dash of instant coffee granules to deepen the flavors.

Ina's version of this English nursery dessert goes decidedly grown-up when spiked with limoncello liqueur. "It's the easiest thing in the world to make," she says of the pudding-like treat. "And it's really, really good."

15 Alcohol-Infused Desserts that Will Leave Everyone in Good Spirits

The technique behind these oversize puffs, which have a crisp exterior and marshmallow-like center, comes from chef Yotam Ottolenghi. The secret: Heat the sugar in the oven before whipping it with the egg whites. And a word of caution from Ina, "Don't make meringues on a rainy day. They'll come out sticky." 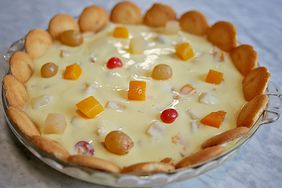 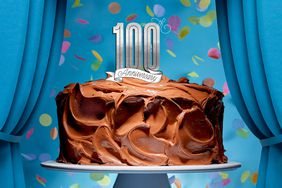 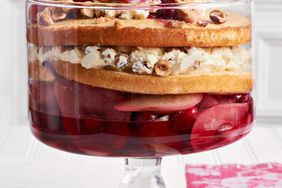 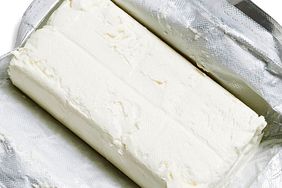 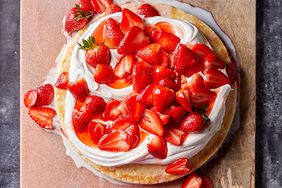 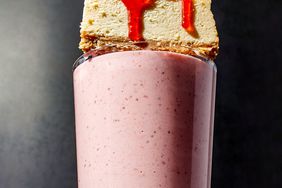