Searching for squash recipes that can serve as a side dish or a supper in itself? Try this farro, mushroom, squash, and pancetta casserole!

Prepare as directed, except do not bake. Chill for up to 24 hours. To serve, let stand at room temperature for 30 minutes. Preheat oven to 350°F. Bake, covered, about 30 minutes or until heated through. 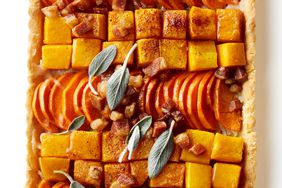 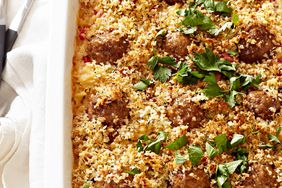 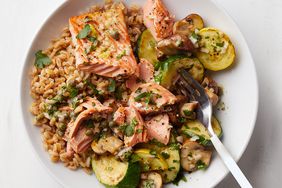 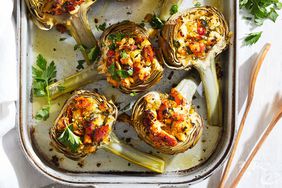 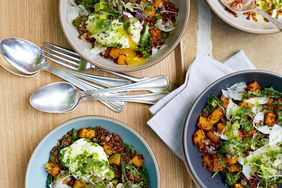 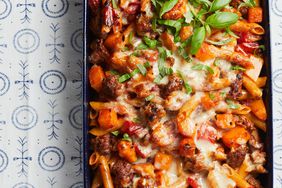 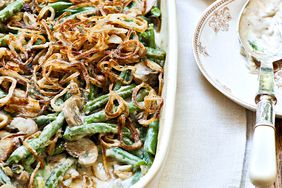 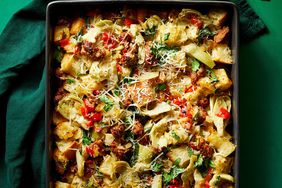