This wildflower has dangerous sap, and it's been popping up in more and more areas around the country. Here's how to spot it.

Most wildflowers, although considered weeds by some, are beautiful and provide a food source for pollinators like bees and hummingbirds. There's one wildflower, however, that you should be on high alert for: giant hogweed. This noxious weed usually grows in natural areas such as open prairies and meadows, especially near bodies of water. It has clusters of white flowers held in an umbrella shape look similar to harmless Queen Anne’s lace (its big lobed leaves look very different from Queen Anne's lacy, fernlike foliage, though). And, although it looks like a pretty wildflower, this invasive plant can be extremely dangerous to people.

This plant’s sap can cause third-degree burns and even permanent blindness just from brushing up against it, and the effects are worse with sun exposure. Besides immediate effects like burning and blistering, the clear sap of this plant also contains carcinogenic and teratogenic chemicals, which can cause cancer and birth defects.

Giant hogweed is considered invasive and spreads rapidly. In 2020, it has been reported in 16 states: Alaska, Connecticut, Illinois, Indiana, Maine, Massachusetts, Michigan, New Jersey, New Mexico, New York, North Carolina, Oregon, Pennsylvania, Vermont, Washington, and Wisconsin. Most of these states only have a handful of counties that have reported giant hogweed sightings, but each year a few more seem to appear. For example, a large patch was discovered in July in Iron County, Wisconsin, according to the Northwoods Cooperative Weed Management Area.

Many of the affected areas have active programs to control and eradicate the weed on public lands but it's more challenging to keep track of on private property. Officials are asking for public awareness and aid in getting rid of giant hogweed.

Identifying giant hogweed can be tricky because it looks similar to a variety of other native and nonnative plants, including American cow parsnip and great angelica, which also have large umbrella-shape clusters of white flowers in summer. What sets giant hogweed apart is its deeply lobed leaves that can reach five feet across, plus its thick, hollow green stems with purple splotches and coarse white hairs. Also, these plants can reach up to 7 to 14 feet tall. If you think you've spotted giant hogweed, take pictures of the plant and note its location, then report it to your state's department of natural resources.

What sets giant hogweed apart is its deeply lobed leaves that can reach five feet across, plus its thick, hollow green stems with purple splotches and coarse white hairs. Also, these plants can reach up to 7 to 14 feet tall.

You can report giant hogweed sitings to EDDMapS (Early Detection and Distribution Mapping System), which tracks invasive species and pests across the country, and also see if any sightings have been reported in your county. Many individual states also have their own systems in place for reporting giant hogweed; for example, in New York, you can email the state's Department of Environmental Conservation or call its Giant Hogweed Information Line to report a sighting.

It’s recommended that you allow professionals to remove giant hogweed instead of trying to get rid of it yourself. The sap is clear, so it can be hard to know if it’s on your skin until you get the severe effects from exposure to sunlight. The other concern is that there are 20,000 to 100,000 seeds on one giant hogweed plant, which helps it spread quickly. You need to be extremely careful when removing giant hogweed to prevent any seeds from falling; otherwise, new plants will soon sprout. Leaving it to the professionals is the best practice.

If you come in contact with giant hogweed, wash your skin with soap and cold water. Then keep the area completely protected from sun exposure for 48 areas, either by covering with clothing or staying indoors. Your skin may be more sensitive to sunlight for years afterwards so always wear sunscreen. If sap gets in your eyes, rinse them with water and wear sunglasses to avoid sun exposure if you must be outside. Contact your doctor if you are having a severe reaction. 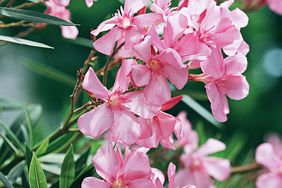 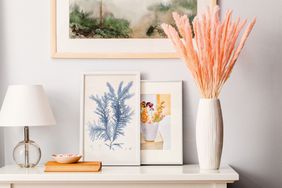 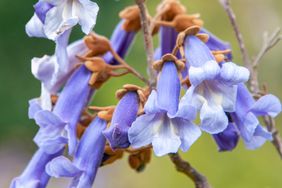 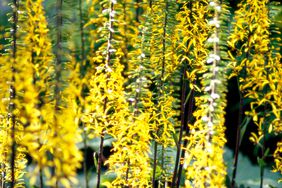 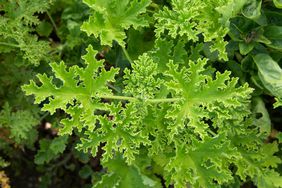 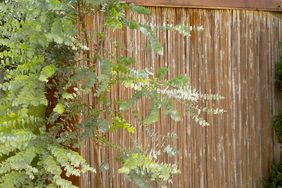 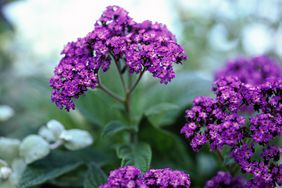 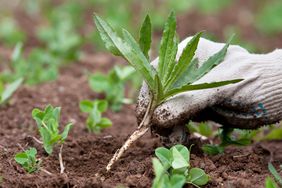 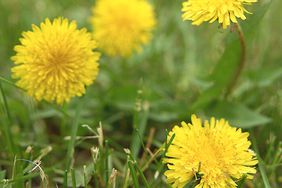 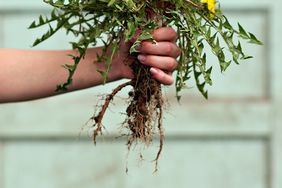 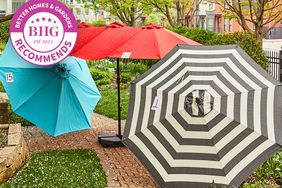