The Rutledges had a simple wedding in 1955, but their 64th anniversary was a day to remember. To celebrate, the couple participated in a wedding photoshoot inspired by vintage Better Homes & Gardens magazines.

Carol and Charlie Rutledge might’ve had a small wedding when they were married in 1955, but their recent 64th-anniversary celebration was a bit more elaborate—thanks, in part, to a vintage Better Homes & Gardens magazine. The Oklahoma pair celebrated their June 10 nuptials with a mock wedding and photo shoot organized by family friend and florist Kara Beane, who found her inspiration from a 1929 BH&G cover.

“Better Homes & Gardens is just part of my family growing up,” Beane says. “And when I decided to [organize this shoot for the Rutledge's], I knew that’s where I wanted to draw inspiration from.” Her Google searches eventually uncovered the July 1929 issue, which depicts a young girl sitting in a garden surrounded by flowers—and from that, the inspiration for her photo shoot was born.

"The specific image of the girl in the garden just tugged my heart," Beane says. "My flower design had to show that. I wanted it to feel as if Carol and Charlie were standing in a lush garden."

The photo shoot would not only be a celebration of the Rutledges—who have been an integral part of the community in Lone Grove, Oklahoma most of their lives (Carol, 85, was a library assistant at the local high school for 33 years; and Charlie, 83, worked at Oklahoma Gas and Electric and was a colonel in the Oklahoma National Guard)—but Beane also wanted to use the images to serve as an authentic way to launch her wedding flower business, Joyous Blooms.

Husband, 100, and Wife, 103, Believe Hershey's Chocolate Is the Secret to Their Long Marriage

“[Charlie and Carol] are very impactful in the community—everybody sees them as grandparents,” Beane says. “As I talked to Carol, I found out that they had a very simplistic wedding: They got married at a local church. She just wore a simple corsage and her aunt sewed her a dress, and Charlie was almost late because he was working—it was just so simplistic, I felt like it should be celebrated.”

Indeed, the 1955 wedding was modest: Their bridal party consisted of a best man and a maid of honor, and only close family attended. “I wore an orchid corsage—didn’t have flowers to carry,” Carol says. “We had a small reception at my mother’s house, and then we went to Dallas for our honeymoon, which was just for the weekend because we both had to be back to work on Monday."

Carol explained that when Beane called to propose the idea of throwing a mock wedding celebration, she was a little hesitant but willing to do anything to help Beane out with her new floral business. “I didn’t know it was going to be this big of an event,” Carol says. “After we got started on it, it was fun—I was just real nervous at first."

Using her inspiration from Better Homes & Gardens, Beane created flower displays and decorations that helped give each photo a homey, familiar feel. "I wanted it to seem as if Carol went through snipping away at her garden to display for her guests," Beane says. "I used bottles my Pappy had dug up more than 50 years ago, and vintage glassware from Grassroots Vintage for the flower stems. I wanted the entire shoot to be familiar and comfortable for Charlie and Carol."

While Beane took care of the flowers and coordinating the event, the rest was a true collaboration between local vendors and business owners. “I sent a vision board to every vendor that I wanted to use, and I told them, ‘This is where I’m drawing inspiration from; take your art and run with it,'" Beane says. Grassroots Vintage provided the venue and rentals, and BluKnot Weddings shot photos and video of the big day. Bella Rose Bridal, Stylist Andie Rickets, and Musgrove Jewelry all pitched in to create Carol’s gorgeous bridal look, while Charlie’s outfit was provided by Beane Western Wear. And because no wedding is complete without cake, Sugar High Cakery provided desserts for the occasion.

Though there was no formal ceremony, there were special moments throughout the day, including stories from Carol and Charlie about their original wedding, and sweet words exchanged between the two. “Carol uses a walker, and when she’s not ... she leans on Charlie,” Beane says. “It was a big deal, because we got them walking down the aisle.”

For Carol, one of the best parts of the day was finally being able to have a true wedding dress. “Since I didn’t go to a bride shop and get my dress I got married in, it was exciting to have a pretty, lacy gown to wear,” she says. She tried on five options before settling on the one she wore on the big day. “Charlie came too, and let me tell you, that man oohed and aahed at every single dress that she came out in,” Beane says.

Thanks to the efforts of Beane and the other vendors—and inspiration from a Better Homes & Gardens magazine cover from nearly 90 years ago—Carol and Charlie will be able to look back on the memories of their anniversary for years to come. “We really just had a great time once it got to going, the girls were all so kind, and just made us feel real comfortable, so it was a great experience,” Carol says.

Was this page helpful?
Thanks for your feedback!
Tell us why!
Related Articles
Trailblazers & Trendsetters: 11 Black Creatives Defining Style, Culture in 2021 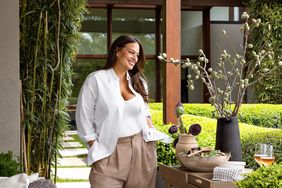 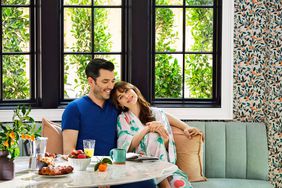 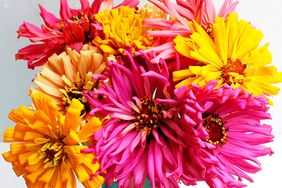 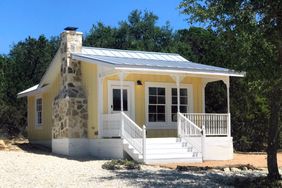 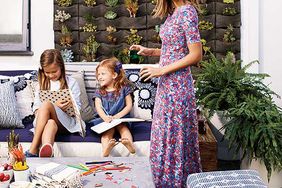 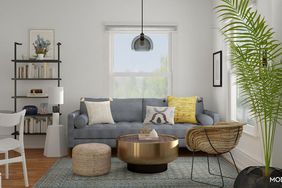