Find an air duct and vent cleaning service near you. Better Homes & Gardens Local Services connects you to companies that specialize in cleaning air ducts and vents. Get started on your project today with a free quote!

Call For a Free Quote: (855) 998-0927
Our Service is
100% Free!
Compare Quotes From
Local Contractors.
Hassle-Free Service
With No Obligations.
No Task is Too Big
or Too Small.

Industry experts recommend that air ducts be cleaned every 3-5 years; the EPA suggests that the frequency of air duct cleaning be determined by each homeowner's specific circumstances; and, all agree that there is value in air duct cleaning.

Start by considering the people in your home. If someone is sensitive to dust or pollen, or if young children are present, it might be wise to have your air ducts cleaned more frequently – perhaps every 2-3 years.

Also consider the rate of dust buildup in your home – which is affected by environmental factors like:
the proximity and density of trees and other vegetation near your house,
presence of mold in the area,
above-average wind levels near your home,
the presence of wood floors (which allow more dust to enter the duct system), and,
the presence of pets – especially long-haired animals and breeds that shed a lot.

Additionally, the EPA suggests that your ducts be cleaned right away if:
there is visible mold in or around your system (or you suspect mold),
you suspect the presence of rodents or insects in your air ducts, or,
you see visible signs of dust or other particles escaping when you turn on your heating or cooling system – a definitive sign that your system is spreading unwanted contaminants into your home.

And finally, if you recently moved or finished a renovation project, that's another good time to schedule a cleaning, since there will be loads of dust and pollutants inside your system.

It's difficult to clean air ducts yourself – the best option is to hire a duct cleaning professional.

DIY’ers can clean room vents, and those air duct surfaces that are visible (i.e., near vents). It's also possible to reach a little further into the system with a vacuum hose to remove dust and debris found near the vents.

However, it's not possible to effectively clean the majority of the duct system yourself: much of the duct work is unreachable without professional tools and knowledge.

The only way to reliably and thoroughly clean your central air ducts is by calling a professional duct cleaner.

Medical and environmental experts stop short of identifying air duct cleaning as a remedy or cure for health issues. However, experts do agree that there is value in duct cleaning.

Dirty and poorly-filtered air ducts circulate unwanted dust, mold and allergens throughout the house … and the problem is amplified for people with allergies or asthma. Cleaning your ducts will likely reduce any irritation that allergy and asthma sufferers experience when indoors.

Additionally, the EPA suggests that duct cleaning be scheduled if the homeowner suspects the presence of mold, rodents, or insects in or around the duct system.

For homeowners, it's a matter of common sense: many simply don't want additional dust and contaminants blowing around the house as a result of turning on the AC!

First, let's eliminate any confusion, by getting terms clear:

Adding to the confusion, at the front of the dryer exists a lint trap with a lint screen (or lint filter). The lint screen is easily removed and cleaned. Some people refer to the lint trap and lint screen as the "vent" but that's not really accurate.

How often should each of these elements be cleaned?

Warning signs that it’s time to clean the dryer duct system include: a burning smell, the dryer area feeling unusually hot or humid, and clothes taking longer to dry.

Homeowners can clean the lint screen and the outside vents. However, inspection and cleaning of dryer air ducting may require a professional.

When any part of the dryer's air filtering and venting system (the lint screen; the duct work, or the outside vent) become clogged with lint or other material, the dryer's heating efficiency drops significantly, and more serious problems may develop.

The last two points may not be sufficiently well-known. If a lint blockage develops, warm air and gases that should be escaping to the outside air, end up remaining in the house. If a lint obstruction becomes bad enough, the dryers can overheat … even so much as to cause a fire.

In fact, failure to clean dryers is the leading cause of home dryer fires according to the U.S. Fire Administration’s National Fire Data Center .

Additionally, dangerous carbon monoxide gases can be released inside the home when dryer venting systems become blocked, posing serious risks to all inside.

Cleaning the lint trap regularly, and ensuring that the duct and vent are clean, will keep your dryer working efficiently and safely. 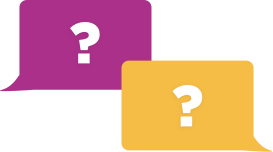