How to Make Angled and Curved Cuts to Shape Wood

When working with wood, you'll need to know how to make angled and curved cuts. Here's how to do it.

A miter is probably the most common type of angle cut. A miter usually is made at 45 degrees in order to join two pieces of wood at a 90-degree angle, as in the corner of a picture frame. Cutting an accurate miter is more difficult than it looks because even the slightest movement of the wood or shifting of the cutting tool will throw it off.

Bevels are angle cuts along the edges or ends of boards, often for decorative purposes. Use a sliding bevel gauge to copy and transfer unusual angles.

Below, we show you all three types of angled wood cuts and our tried-and-true methods for making them. With our help, you'll master the cutting technique you need to accomplish your next weekend project.

How to Make Cuts with a Miter Box

Use a miter box to cut a miter. Mark the cut line, place the workpiece in the box, and align the cut line with the corresponding notches. Clamp the piece flush with the edge of the miter box that's farthest from you as you saw.

Make the cut with smooth, even strokes. Get the cut started with a couple of pull strokes, then use gentle, even pressure and cut on the forward stroke. Keep the saw level, especially when finishing the cut, or you'll saw through the floor of the miter box.

How to Make Miter Cuts with a Portable Circular Saw

To use a portable circular saw for making a miter cut, clamp the workpiece in place, draw a cut line, then hold a saw guide next to the saw's bottom plate to steady the saw.

How to Make Miter Cuts on a Table Saw

On a table saw, cut short miters with the help of the miter gauge. Set the gauge, place the wood against its fence, then feed the stock smoothly through the blade using the miter slot.

How to Make Angled Cuts with a Miter Saw

With a power miter saw, set the degree angle of the saw, position the board, and make the cut. A compound miter saw allows you to tilt the saw head as well as angle it.

How to Make Beveled Cuts

At some point you may have to cut a bevel on a workpiece to match an existing angle. Record the old angle with a sliding bevel gauge that adjusts and locks by turning a wing nut. You can use it to transfer both inside and outside angles.

To transfer a beveled angle to a portable circular saw, unplug the tool and turn it over. Loosen the foot plate, put the gauge in place, tilt the foot plate to the desired angle, then retighten the foot plate. Set the blade depth to cut through the material.

How to Make Curved Wood Cuts

A jigsaw easily follows curved and rounded pattern lines for scrolling cuts. If you have a pattern to follow, trace it onto a piece of cardboard, then cut it out to make a template. Use the template to transfer the pattern to the wood by drawing a cut line with a pencil.

Clamp the workpiece securely to your workbench, making sure the saw's blade won't cut into supporting surfaces. You might need to make a partial cut, then reposition the workpiece and reclamp it before continuing to make the cut.

How to Cut More Than One Angled Piece

Cutting exact duplicates is fast and easy if you use masking tape to join the workpieces. Mark the cut on one piece, then apply the tape to tightly join the pieces in precise alignment. It doesn't matter where you place the tape—the saw will cut right through it—but don't hide the pattern line. You also can use double-face carpet tape, which you apply between the two pieces. 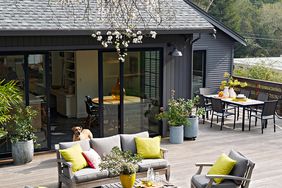 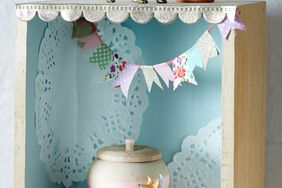 How to Build a Plywood Box for Modular DIY Storage 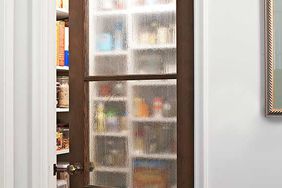 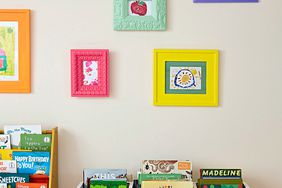 How to Make a Children's Book Bin 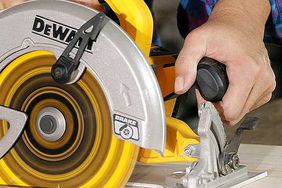 How to Use a Circular Saw 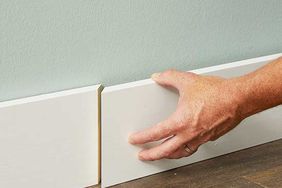 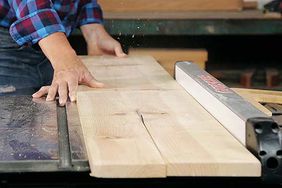 How to Choose the Right Saw for Your Project 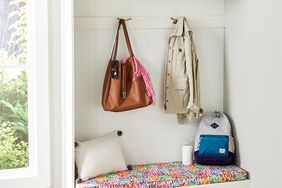 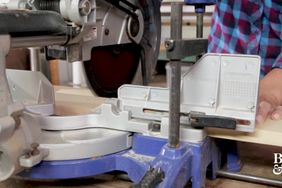 How to Use a Miter Saw 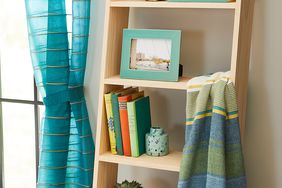 How to Build a Ladder Bookcase 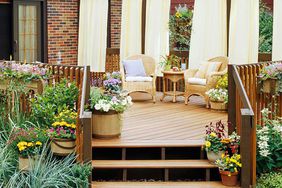 How to Build an Angled Deck Step-by-Step 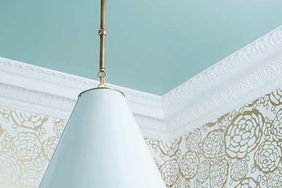 How to Transform a Room with Crown Molding 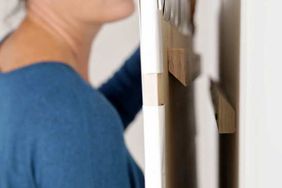 How to Make a French Cleat 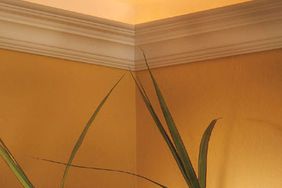