Undeterred by home-buying challenges, Jose secured a New Jersey property with the help of an unconventional mortgage.

Kristina McGuirk is a Milwaukee-based freelance writer and editor who covers kitchens, bathrooms, home improvement, decorating, and more for BHG.com. Previously, she worked for five Better Homes & Gardens special interest magazines over seven years. During her final year of undergraduate studies at Drake University, she began working on product-focused stories for titles including Renovation Style and Kitchen + Bath Makeovers and later added feature articles focusing on homeowner and designer stories to her workload. She joined the staff of Better Homes & Gardens special interest media as part of the kitchen and bath magazine portfolio, where she wrote, edited, and produced content around style, how-to, advice, and trends. She also coordinated budget-friendly kitchen and bath makeovers to be featured in the magazines, working with corporate sponsors and DIY homeowners to design hardworking and stylish updates to meet their needs. Bolstering her connections in the home design industry, she attended trade shows, product launches, press junkets, and manufacturing tours. She left the editorial staff for graduate school, and after earning her degrees and keeping with the industry, she's back to writing for the brand and covering a variety of home-related topics.

In addition to holding degrees in journalism and English, Kristina is an educated information professional with training in research practices and evaluating information sources. She looks for a variety of experiences to provide relatable, reliable, and diverse insight and advice in her writings.

"At 23 years old, I did not expect to buy a home," says Jose Fuentes, an auto-damage adjuster in New Jersey. "I knew that I was going to need help, that it was going to be a tough battle. But I knew that it could get done." Not just a young first-time homebuyer in a competitive market, Jose is also a DACA recipient, which can complicate the process and impact the types of loans available.

"My family was a huge motivator into looking into homes," says Jose, who was looking for a place not only for himself, but also his parents, brothers, and dog. His situation growing up influenced the home he wanted for his family. "We didn't have a lot. We had to sleep on the floor on mattresses," he says. "I always envisioned myself later in the future owning a home, where we would have lots of space, where we would have room for everybody." His wish list included three bedrooms, two bathrooms, high ceilings, and space for three cars.

"I didn't know anything about the homebuying process. It was a learning experience from the jump," says Jose. "The first step that I took was finding the right bank and finding the right loan for me." He was approved for both a first-time homebuyers loan and a conventional loan, each for about $100,000. But that amount wasn't going to purchase a comfortable home for the whole family, so Jose kept looking.

"I Googled options to get a loan when you don't have the credit or the income," he says. That's when he learned about non-qualified mortgages, which don't have the same strict financial requirements. "I inquired with a couple of lenders, and I went for the loan offer that had the lowest down payment, because it would help me reach a higher budget."

With the non-qualified mortgage secured, Jose set a budget of $325,000. This maximum price would leave enough money to cover a $50,000 down payment (15%) and closing costs, which he estimated to be about $12,000. Then Jose and his real estate agent, Frank, started looking at homes. Jose estimates they looked three times a week for more than two months. He started strong, putting an offer in on the first house he looked at. "I got my hopes up thinking that my parents and I were going to be moving into that home, just because we threw a pretty high offer," Jose says. But the offer was not accepted.

After losing out on a second highly competitive property, they decided to try a new strategy: focusing on less exclusive neighborhoods and listings with flaws or factors that might deter other buyers. "We knew that we had to go about this a different way, that we couldn't keep looking at houses that were ready to move in and were seemingly perfect," he says.

That's how he ended up in Elizabethport looking at a 2,600-square-foot house with four bedrooms, two baths, and a big driveway. "Honestly, I fell in love with it when I saw it," says Jose. "I thought, hey, maybe those other two homes that I got rejected for were building up to this one. And maybe this is going to be the one for me." However, its currents tenants—an extra obstacle some buyers aren't interested in maneuvering—caught Jose and Frank's attention.

"I knew that it was a high risk, but something felt right about the home," he says. They put in an offer the day they looked, but again, he lost the bid. But three weeks later, his agent called to say the original buyers were rejected because of their mortgage—an FHA loan that required the new owners to live in the property upon closing, something they couldn't do because it was occupied by tenants.

Jose was able to work with the tenants to ensure they had time to secure a new place. He and his family have now been in the home for more than six months. "After we were settled in and after we gave the keys into our old apartment, it was a great feeling," says Jose. "We felt like we finally had something to call our own." While living in an apartment, Jose's parents were putting money aside for renovations on a future home. Now, they're spending that savings to turn the house into a home, while seeing it work as an investment into the property and their quality of life, too.

Jose estimates they've spent around $15,000 on renovations. Hardwood floors in the living room and dining room have been recently restored. The flooring's dark border is echoed in design elements; once all beige, the walls now feature a chair rail molding accent with the lower portion a similar rich brown. The white trim adds a tailored look while also blending the floorboard heaters into the design. Nearby, a closet wall was removed to create an office for Jose's mom.

The attic is Jose's room and the location of another remodeling project. Installing lighting immediately created a more comfortable space, and fresh paint uplifts the walls and ceiling into a personal retreat.

Needing to accommodate at least three cars, outdoor space was a big part of Jose's wish list, and it was a priority for property upgrades, too. To enhance the 3,920-square-foot lot, they added a perimeter fence that brings comfort and privacy to the urban backyard. At the front, they installed an electric gate for $7,000—the little luxury saves time and effort while also providing security. They also increased the home's efficiency with solar panels. And really, they're just getting started. "There's a lot of space. There's a lot of potential, and I'm very excited to keep working on it as the years pass," says Jose. 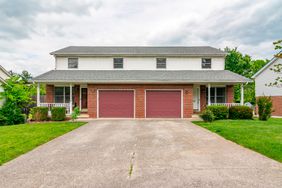 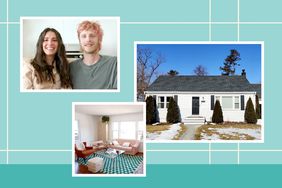 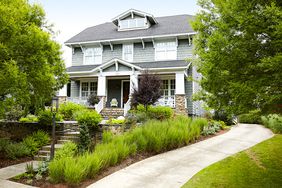 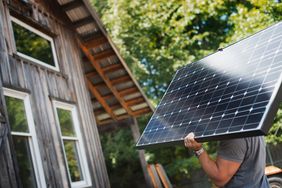 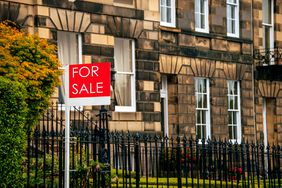 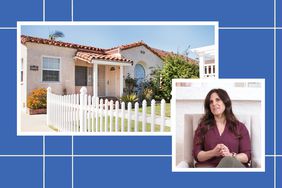 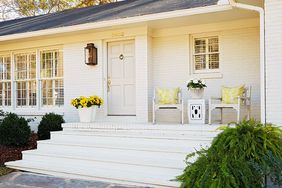 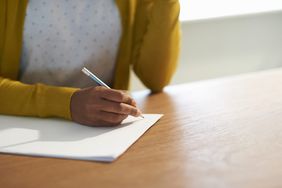 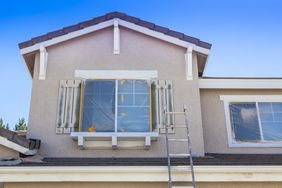 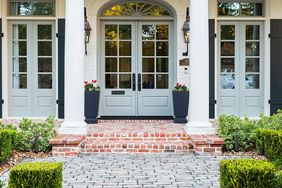 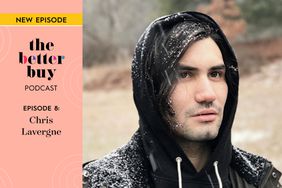