The History Behind the New Year's Eve Ball Drop

The Times Square tradition has been taking place for more than 100 years.

Whether you're having a casual movie night in or popping champagne and confetti, no New Year's Eve celebration is complete without watching the ball drop over Times Square at midnight. It's been part of the festivities for as long as I can remember, but I've always wondered what the significance is of a giant ball dropping from the sky. I'm hosting a New Year's Eve gathering this year, so as I plan my at-home New Year's Eve celebration, I decided to dig into the tradition.

What Is the Significance of the Ball Dropping?

The tradition of using balls to tell time has been around for centuries, dating back to the early 1800s. The first documented time ball was on top of England's Royal Observatory at Greenwich, where it would drop at 1:00 p.m. each afternoon as a way to let nearby ships and boats know what time it was. This was before watches or cell phones, so the ball dropping was the primary way to tell time.

So for the big New Year's Eve celebration in Times Square, a time ball was a natural way to symbolize one period ending and another beginning.

Why Do People Celebrate in Times Square?

The very first Times Square New Year's Eve celebration took place on December 31, 1904—but there was no ball drop that year. The event was organized by Adolph Ochs, the owner of The New York Times. The newspaper had just opened its headquarters in Times Square, and Ochs wanted a memorable way to ring in the new year and celebrate the newspaper's milestones. That year, 200,000 people gathered in the streets of New York City to celebrate.

Each year after the 1904 event, Ochs organized bigger and more elaborate New Year's Eve parties in Times Square. In December of 1907, he commissioned a large New Year's Eve ball that would be lowered as the crowd counted down to midnight. The ball was made of iron and wood, and weighed over 700 pounds.

The tradition was such a success that Ochs kept organizing the celebration year after year, even after The New York Times moved out of Times Square. Since then, millions of people have watched the ball's 141-foot descent in person and on live broadcasts.

The History of the New Year's Eve Ball

The aluminum ball was used until 1981, when it was given a makeover with red light bulbs and a green stem to represent the apple of the "I Love New York" campaign. This was used through 1988 when the red bulbs were swapped for white. In 1995, rhinestones and computer-controlled strobe lights were added to the ball.

For New Year's Eve 1999, the ball was replaced again to celebrate the new millennium. The ball was created by Waterford Crystal and Philips Lighting and was decorated with real crystals and computerized lights. Seven years later in 2007, the companies redesigned the ball again in celebration of the 100th year of the Times Square tradition.

The official Waterford Crystal Times Square New Year's Eve Ball—the one that's used today—is decorated with modern LED lighting. The ball measures six feet across and weighs more than 11,000 pounds. The computerized lighting technology can display more than 16,000 colors and patterns, which is why the ball has a different display each year.

For the first time since 1907, crowds didn't gather in Times Square last year because of the pandemic. But this year, the iconic New Year's Eve celebration is back! If you're local or plan to travel to New York City, you can enter Times Square with proof of full vaccination and a valid photo ID. Children under 5 who can't yet be vaccinated can attend but must be with a vaccinated adult.

If you're tuning in from anywhere else in the world, you can catch the live broadcast on your television, phone, or social media. 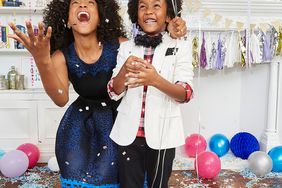 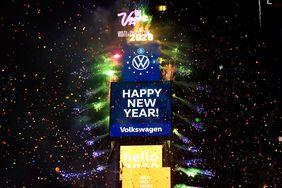 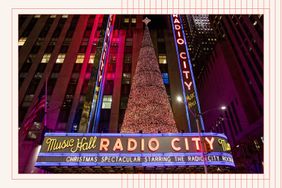 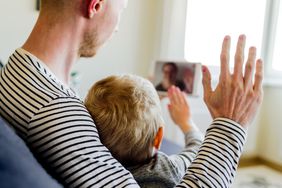 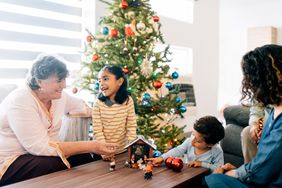 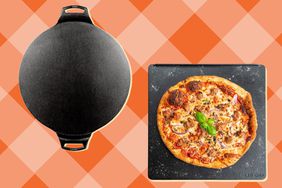 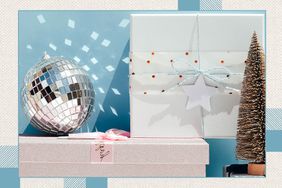