This year, don't make a big New Year's resolution. You'll be more likely to reach your goals and see plans through by setting micro goals instead.

Every January, thousands of people declare new resolutions for the coming year—but how easy are they to actually keep? Research shows that 60% of people can't keep their New Year's resolutions, and the reason is simple. Most resolutions involve grand ideas that sound good the day after New Year's Eve but aren't realistic goals for the other 364 days of the year.

By making a bold lifestyle-changing decision—like not buying any clothes for a year or not eating a single carb in the new year—you're setting yourself up for failure. You'll eventually cave and see a great sweater on sale, or you won't be able to resist a sweet treat. After you break the resolution once, it's easy to throw in the towel and quit altogether. Rather than make one grand resolution, try micro goals that can help you reach the same end goal more quickly.

15 Mood-Boosting Resolutions to Make This Year

The wellness website Verywell surveyed its audience of 25 million readers about their resolution-keeping habits. The survey found that 60% of users weren't able to follow through on their resolutions, and in most cases, it was because the goal was unattainable. Lucky for us, the research offered a simple solution: Rather than setting "all-or-nothing" resolutions, set smaller, more achievable goals—aka micro goals.

When you're laying out your micro goals, keep in mind that January 1st isn't a hard and fast rule when it comes to making lifestyle changes or forming new habits. It's best to start on your goals as soon as you identify them, while you're still motivated. If you can stay motivated long enough to form a habit, you have a better chance of completing your goal for the new year. If you're motivated in December, start then. Your motivation will be less likely to fizzle out before the first of the year rolls around if you aren't sitting around waiting for January 1. On the flip side, don't feel like you can't set goals for the year just because prime resolution-making time has passed. Goals made in March can still have the same impact on your year, if not more.

How to Set Micro Goals

Instead of setting out to lose 40 pounds in a year, set smaller monthly goals instead. Losing a few pounds a month isn't as daunting a task, and you'll be less likely to quit if you aren't seeing fast results.

The site Examined Existence is all about personal development through scientific research, and it swears by the use of micro goals. The site's outlook is all about having goals you can accomplish now, rather than focusing on a daunting task. We live in a world of instant gratification, which can affect our expectations when it comes to something like New Year's resolutions.

If you can check something off a list every day, you'll be more accountable and more motivated to reach the end result. If you want to run 100 miles in a year, you can't just wake up on the last day of the year and run all 100 miles at once. Running one mile every other day is way more manageable and more satisfying to check off the list.

If you can check something off a list every day, you'll be more accountable and more motivated to reach the end result.

The New York Times suggests that setting micro goals can increase your productivity in just about every area of your life: They're not just for huge year-long goals. The success of micro goals is attributed to an actual change in your mindset. If you can use this way of thinking in every area of your life, eventually it will become second nature, and you'll find that just about every task suddenly becomes easier and more manageable.

Use Micro Goals to Reach Your Resolutions

Verywell found that rather than deciding to restrict yourself from something completely, simply cutting down your action or activity is more effective. Instead of saying you won't buy a single clothing article in a year, limit yourself to one item a month or set a manageable limit on carbs instead of cutting them out completely. The micro goals method creates a healthier mindset, and you'll be able to celebrate all year as you hit each monthly or weekly goal, instead of becoming discouraged when you aren't able to quit a habit right away or immediately implement a big lifestyle change.

Rather than deciding to restrict yourself from something completely, simply cutting down your action or activity is more effective.

If you really want to accomplish an all-or-nothing goal, micro goals can make that easier, too. Instead of looking at a whole year of not eating candy, take it day by day (or hour by hour, if you have to). Anyone can go just one day without candy. As Examined Existence points out, all you have to do is do the same thing the next day. By breaking down your goal into 365 manageable goals, you'll feel more accomplished and be more likely to reach the end of the year without reaching for the candy jar.

After you've set your micro goals, set your intention too. Verywell states that intentions are like manifestations and serve as a fluid, adaptable counterpart to your micro goals. Life is hectic! With a set intention, you can make your micro goals flexible to accommodate any interferences or changes that might derail the original goal.

A way to make your micro goals manageable is to follow the SMART acronym as explained by Mind Tools. This acronym stands for specific, measurable, achievable, relevant, and time-bound, and was introduced in Management Review by George T. Doran in November of 1981. 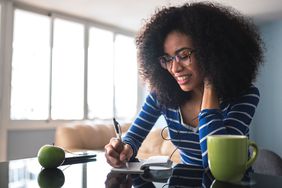 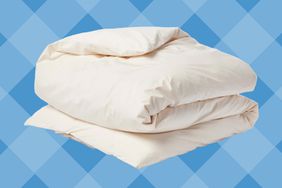 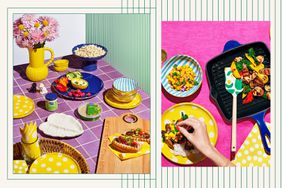 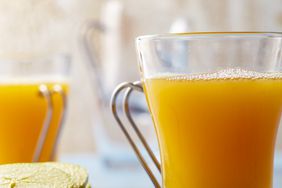 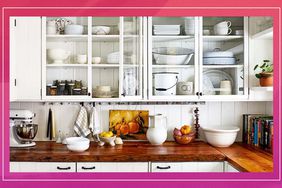 Clutter Detox: Get Organized in the New Year 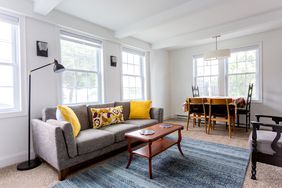 The Non-Aesthetic Home Mindset Celebrates the Flaws in Our Spaces 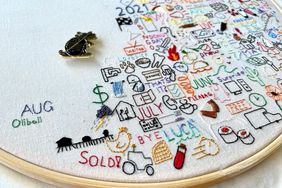 An Embroidery Journal Is the Prettiest Way to Remember Your Year 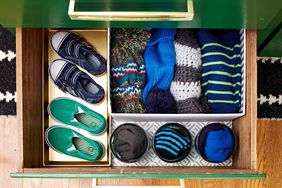 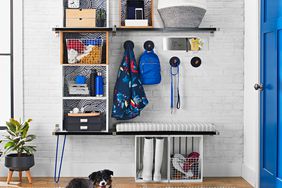 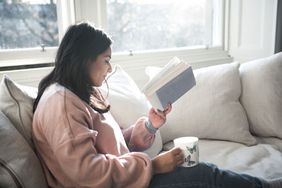 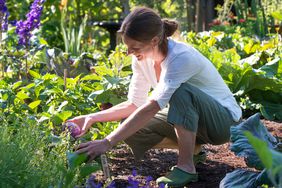 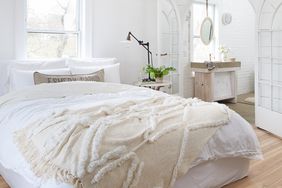 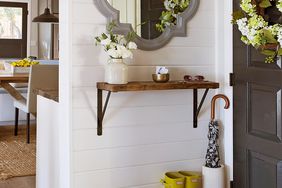 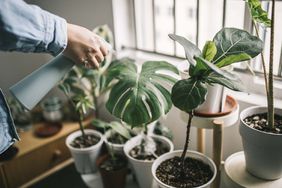