Get in the spooky spirit this Halloween with these must-see Halloween movies for people of all ages.

When it comes to Halloween movies, there are many options the whole family can enjoy. From classics like Charlie Brown to The Addams Family, there's no shortage of slightly-spooky flicks for your next family movie night. To help you get into the holiday spirit, we've rounded up some of the best we've ever seen. Also, we've organized them by their Motion Picture Association of America ratings so you can easily choose a film that's just right for the whole family.

Queue up one of these family-friendly movies for the ultimate Halloween movie night. For more family fun, check out these classic Disney Halloween films you can stream right now.

It's the Great Pumpkin, Charlie Brown

If you only watch one of these Halloween movies with your kids, make it this classic TV special from the '60s. Charles Schulz's Peanuts gang celebrates Halloween in this animated classic. While all his friends go trick-or-treating and attend a Halloween party, Linus forgoes the festivities to await the Great Pumpkin's arrival in the pumpkin patch.

Buy It: It's the Great Pumpkin, Charlie Brown ($8, Amazon)

A 2-year-old girl accidentally follows Sulley, a scream-collecting monster, back to Monstropolis in this animated Pixar flick. Sulley and his best friend Mike form an unlikely friendship with the girl they call "Boo" and attempt to return her before she's captured by the Child Detection Agency and other villains.

When Marnie and her siblings meet their grandmother in her hometown of Halloweentown, they're not expecting to find out that they come from a family of witches. Not only that, but on her 13th birthday, Marnie finds out she's a witch too—and her family needs her help in a battle against evil spirits.

The Wizard of Oz

After Dorothy and her little dog Toto get swept away in a tornado, they realize they're no longer in Kansas, they're in the magical land of Oz. To get home, Dorothy journeys to the great Wizard of Oz, making special friends along the way.

Rent It: The Wizard of Oz ( Amazon Prime Video)

Both horror and hilarity ensue for Garfield and Odie on All Hallows Eve, when Garfield's greed for Halloween candy leads the pirate-dressed pair to a haunted island. After being chased by ghosts looking for treasure, the duo returns home, where a reluctant Garfield shares his candy with Odie.

Parents and older children alike will love these slightly-spooky Halloween flicks. Looking for more movie night material? Stream one of our favorite classic Halloween movies once you've watched your way through this list.

Don't pass on this favorite Halloween flick starring Sarah Jessica Parker and Bette Midler. More than 300 years ago, the Sanderson sisters were sentenced to death for witchcraft in Salem, Massachusetts. Fast-forward to Halloween 1993, when teenager Max Dennison lights the candle that brings the witches back to life—now Max, his sister Dani, and his dream-girl Allison must outrun the evil trio and save the children of Salem.

Adam and Barbara Maitland are a normal couple who've passed away in a car crash and haunt their New England home. When a new family moves in, the Maitlands try everything to scare them away (but to no avail) and eventually call on another ghost, Beetlejuice, for help.

When afterlife therapist Dr. James Harvey (Bill Pullman) and his daughter Kat (Christina Ricci) move into a gloomy-looking mansion to exorcise the ghosts living there, they meet Casper, the "friendliest ghost you know." Casper's not-so-friendly uncles make life interesting, and it's up to father and daughter to help the ghosts cross over to the other side.

After things go wrong at his wedding rehearsal, Victor Van Dort (voiced by Johnny Depp in this stop-motion movie directed by Tim Burton) goes into the woods to practice his vows. When he finally gets them right, he accidentally puts the ring on the hand of Emily, the corpse bride. Victor suddenly finds himself in the land of the dead, where Emily claims to be his legal wife, while he desperately tries to find a way back to the land of the living.

In this classic comedy, Dan Aykroyd, Bill Murray, and Harold Ramis star as three unemployed parapsychologists who create a successful ghost extermination business. When New York is invaded by ancient evil spirits, the "ghostbusters" must come to the rescue.

Three teenagers discover that the house across the street isn't an ordinary haunted house, it's a living, breathing monster that will eat anything that steps onto its property. The trio work to unravel the mystery of the house after no one believes their story.

After his father gives him a small creature called a Mogwai, a teenage boy accidentally unleashes mayhem on his small town of Kingston Falls when he violates a few important rules for the care of his new pet.

The Nightmare Before Christmas

Jack Skellington, the Pumpkin King of Halloween Town, is bored by the same routine. When he happens upon Christmas Town, he decides to put his own twist on Christmas by kidnapping Santa Claus and delivering alternative gifts to unsuspecting children.

Buy It: The Nightmare Before Christmas ($7, Amazon)

After moving to a new house, Coraline finds a secret door through which she discovers an alternate version of her life that's much better than her real one. She has to choose between the two worlds, and when she refuses her alternate life, she finds she is trapped there and must discover a way to escape.

If you're looking for a bit more of a scare, these classic films will leave you with a few chills. For even more of the creepy-crawlies, check out our favorite scary Halloween movies.

The Addams family hires a quirky nanny named Debby Jellinsky to care for the newest addition to the family, but Debby has other plans: She soon becomes the unlikely wife of Uncle Fester and plans to kill him so she can inherit his money. Before Wednesday and Pugsley Addams can rat out her plan to their parents, she ships them off to summer camp where they have to find a way to get back home and warn their family.

A group of researchers bring back an unwelcome visitor from their expedition in Venezuela to the sleepy town of Canaima, California. When residents start to mysteriously die, it's up to the town's doctors to determine what's causing the sudden deaths, and how to stop the arachnids from taking over the town.

In Steven Spielberg's science fiction adaptation of Michael Crichton's novel, scientific advances lead to the creation of a dinosaur theme park. When an employee disables the park's security system in an attempt to steal a fertilized dinosaur egg, dinosaurs run wild, and chaos ensues.

Top-secret agents K (Tommy Lee Jones) and J (Will Smith) monitor alien activity on Earth. When these Men in Black uncover an intergalactic plot, they must stop the terrorists and save the world.

When crop circles appear on Graham Hess's (Mel Gibson's) farm, he thinks it's just a hoax. But as increasingly strong otherworldly and dangerous events occur, Hess learns to believe in signs.

Sisters Sally and Gillian (played by Sandra Bullock and Nicole Kidman) are witches who have avoided using magic for most of their lives. But they discover their family is cursed: Any man they fall in love with will suffer an untimely death, so the sisters set out to learn the magic they need to end the curse. 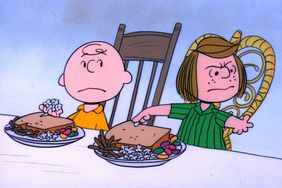 10 Thanksgiving Movies to Watch After the Big Meal 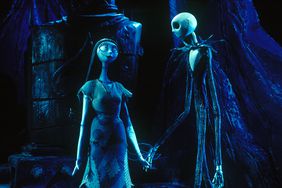 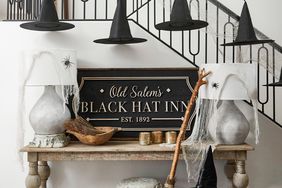 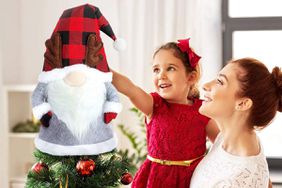 The 12 Best Christmas Tree Toppers You Can Buy on Amazon, From Angels to Stars and More 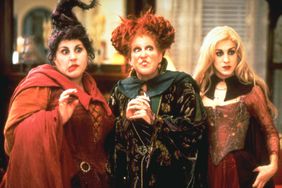 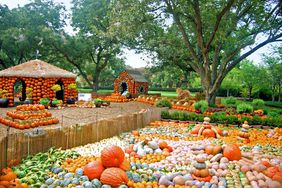 6 Amazing Pumpkin Displays You Have to See to Believe 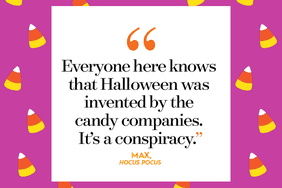 18 Halloween Quotes That'll Get You In the Spooky Spirit 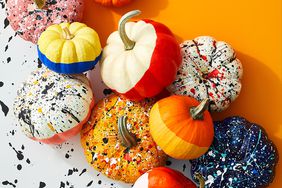 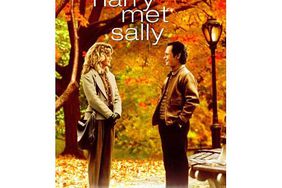 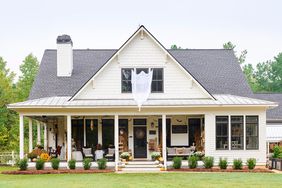 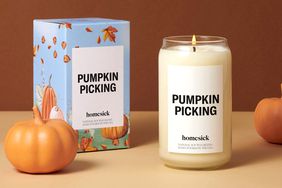