How to Choose the Best Type of Grass for Your Lawn

Having the right lawn grass can mean the difference between a constant struggle to keep your grass green and an easy-going turf that provides season-long beauty and enjoyment. With all the choices, how do you decide which is the best? Here's some straightforward advice for picking the right grass.

Where you live is the most important factor affecting how grasses will perform.

Northern Zone In the Northern United States and Canada, where summers are moderate and winters often are cold, cool-season grasses such as Kentucky bluegrass, perennial ryegrass, and tall fescue are the primary choices.

Southern Zone The Southern Zone, with hot summers and moderate winters, provides a climate where warm-season grasses thrive. St. Augustinegrass, Bermudagrass, centipedegrass, and zoysiagrass are the most common varieties.

Transition Zone This region has hot summers and cold winters, making it the most challenging region for lawns: Cool-season grasses struggle in the summer heat, while warm-season types can remain brown for as much as half of the year and may be prone to winter damage. Tall fescue is a popular choice in the Transition Zone because it exhibits good tolerance to both cold and heat and stays green most of the year. Bermudagrass, zoysiagrass, and Kentucky bluegrass also are grown in the Transition Zone.

Next, think about the conditions in your yard. If there are no special challenges, you should get good results from any of the primary grasses for your region. For difficult sites with deep shade, lack of water, or salty soils, other species will adapt better to the specific conditions.

Low-Input Areas: For an out-of-the-way area that's hard to supply with water or fertilizer, buffalograss—hardy throughout much of North America—is an excellent choice. Fine-leaf fescues also are good for low-input sites. Centipedegrass is a good choice for low-maintenance sites in the Southeast.

Shaded Sites: Fine-leaf fescues are the most tolerant of shady sites. In the South, most varieties of St. Augustine are fairly shade-tolerant except for the Floratam variety.

High-Traffic Sites: In the North, blends of Kentucky bluegrass and perennial ryegrass work well for high-traffic areas. In the South, Bermudagrass is preferred for its ability to recover rapidly from wear.

Seed companies often package mixes containing several species or varieties selected for a particular type of site—sunny, shady, dry, or high-traffic, for example. They do the homework of devising the best mixes in the right ratios, and the resulting lawn performs better than if you plant a single species.

Does the Variety of Grass Really Matter?

In a word, yes. Each grass species is available in several (sometimes a great many) varieties, offering variations in texture, color, and growth rate. Visually, the differences may be subtle, but newer varieties often have unseen advantages. For example, they might better tolerate diseases, pests, or harsh weather. No-name or generic seed, though cheaper, is usually not worth the savings because you might end up with an older variety prone to problems.

To get the best performance from species, such as tall fescue, perennial ryegrass, and Kentucky bluegrass, use a mix of varieties. Though you can create your own mix, it's more convenient to use prepackaged mixes, which are formulated for specific regions. Generally, you won't go too far wrong if you stick to recognized brands and buy seeds from reputable garden centers, which tend to stock current varieties.

Cool-season grasses, adapted to northern climates, thrive in spring and fall and stay green all winter where temperatures remain moderate. (They'll go dormant in northern areas.) However, they do not enjoy summer heat and often turn brown without plenty of supplemental water.

Kentucky bluegrass is the most common grass for Northern lawns; it also is planted in the Transition Zone and on the West Coast (where the ocean's influence moderates summer heat). Kentucky bluegrass has dark color and medium texture. For best results, plant a mix of several varieties or blend with perennial ryegrass.

Low Points: Intolerant of shade; prone to thatch; languishes in heat; is a favorite food of grubs

This group includes several distinct species, all with thin-blade, wispy appearances. These grasses are problem-solvers; they're often added to seed mixes to give lawns more adaptability to shade and drought, and they're low-maintenance.

Tall fescue exhibits good heat and drought tolerance, so it's used a great deal in the Transition Zone and even in the South. Its coarser texture is deemed unattractive by some, but new varieties are quite nice.

This grass is a dark-color, fine-textured species that can be used alone in lawns but is more typically combined with Kentucky bluegrass. It also is used extensively to overseed dormant Southern Bermudagrass for winter greenery.

Low Points: Doesn't spread, so it won't fill in bare spots on its own.

Warm-season grasses love heat and are well-suited to the hot summers of the South and Southwest. In areas with little summer rain, they will go dormant without supplemental water. With a few exceptions, warm-season grasses are not very cold-tolerant, and most undergo winter dormancy. Many varieties are unavailable as seed and must be planted as sprigs or sod.

"Common" Bermudagrass is coarse, while hybrid varieties offer much finer texture and a more attractive lawn. The former can be planted from seed, while the latter requires sprigs. Some varieties are hardy as far north as Zone 6. In the South and West, dormant Bermudagrass lawns are often overseeded with ryegrass in the fall for winter color.

Use our USDA Plant Hardiness Zone map to find your Zone.

St. Augustinegrass forms a coarse-textured lush, thick lawn. It is most commonly used lawn grass in the Gulf states, but its reliance on summer water and modest cold tolerance limits its use elsewhere.

Zoysiagrass forms a dense, medium-textured turf and is winter hardy to Zone 6.

Buffalograss is best used on low-maintenance sites. It has a gray-green color and fine texture. Though technically a warm-season grass, buffalograss survives in most of the United States and southern Canada.

Low Points: Has a relatively unattractive color; does not tolerate traffic well; slow to establish; goes dormant in winter, as well as summer (if not irrigated), and thus can be brown for much of the year

Well-adapted to the Southeast, this "lazy man's grass" forms a coarse, light-to-medium green lawn that looks good with only moderate maintenance. It doesn't have a true winter dormant state. Common centipedegrass is usually used; name varieties are seldom sold.

When to Use Sod, Seed, or Sprigs

Homeowners can establish new lawns by sod or seed (or springs or plugs, if seed is not an option). Sod is the quickest way to establish your lawn, but it's also more expensive than the alternatives. Further, you are limited to the varieties that local sod growers have chosen to plant. One situation may demand sod: steep slopes. Slopes are prone to erosion, and heavy rains can wash away seed; sod will stay put, especially when pinned.

Seed saves you money up front, and you may find a wider selection of varieties in garden centers. However, lawn planted from seed may take a year to develop a thick strand, and you may find yourself reseeding areas that didn't establish well. Also, weeds may be problematic until the young grass thickens.

Many warm-season varieties aren't available from seed, so they are sold as sprigs (stolons) or plugs. These are planted in the soil and gradually spread until they've filled in to form a solid lawn. Sprigs are sold by the bushel from garden centers; plugs are sold by the tray. 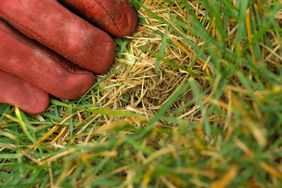 Why, When, and How to Dethatch a Lawn 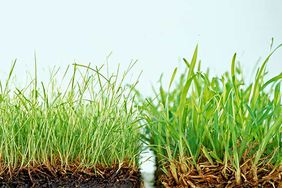 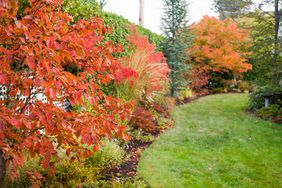 12 Fall Lawn Care Secrets for Healthy Grass in the Spring 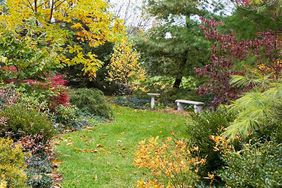 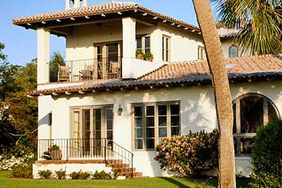 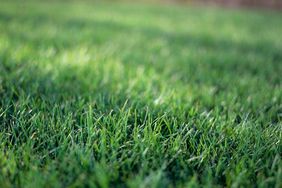 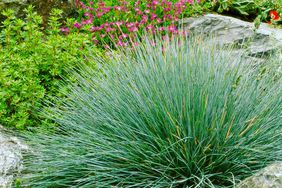 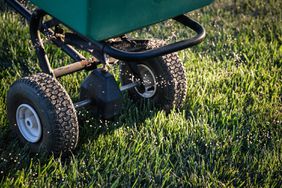 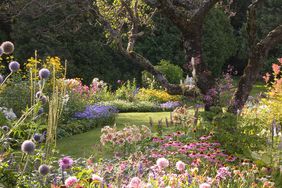 Your Seasonal Lawn-Care Schedule for the Northeast 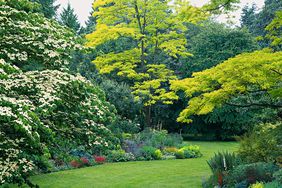 Your Seasonal Lawn-Care Schedule for the Pacific Northwest