How to Plant and Grow False Lupine

You'll love the sunny spires of yellow, pea-type flowers that resemble true lupines. The fingered leaves catch raindrops and hold them like pearls. Plants thrive in average soil, but resent being transplanted.

Where to Plant False Lupine

False lupine, also called Carolina lupine, is native to the Southeast. Much more tolerant of heat and humidity than true lupine, false lupine blooms for several weeks in spring, sending up erect spikes of showy, bright yellow pea-shape flowers that resemble those of true lupine. Flowers are followed by brown seedpods nestled in the upright, grayish-green foliage. It is a great plant for perennial borders, cottage gardens, wildflower gardens, and cutting gardens. Once established, it will thrive in a planting location for many years. Note: This plant was formerly known as Thermopsis caroliniana. It is sometimes still sold under that name.

False lupine grows best in full sun or part shade and rich, well-drained soil (but is somewhat tolerant of sandy or clay loam). This clump-forming perennial is both drought-tolerant and deer-resistant.

To propagate false lupine from seed, allow its seedpods to dry on the plant. Break the pods open to collect seeds, then store them in refrigerated containers. Sow seeds inside about 4 to 6 weeks before the last frost. Plant transplants after the last frost and water them regularly during the first growing season to encourage a strong root system. Be careful where you put them, though; young plants spend so much energy developing strong taproots that they become difficult to move once they're mature.

False lupine blooms in late spring or early summer and occasionally requires staking. Keep it standing tall by sinking a tall bamboo stake into the soil alongside the plant. Gently tie the flower spikes to the stake with garden twine. Cut back the flower spike after the blossoms fade to encourage a second round of flowering.

False lupine is a favorite among pollinators. Make the most of this quality by planting it—along with other nectar-rich plants—in a wildflower garden that beckons butterflies and bees to your backyard while supplying you with vast quantities of cut flowers. Consider these classics: black-eyed Susan (Rudbeckia spp.), goatsbeard (Aruncus dioicus), goldenrod (Solidago speciosa), penstemon (Penstemon digitalis), and purple coneflower (Echinacea purpurea). For more options, check with your local extension service about native wildflowers in your area.

The Elements of Cottage Garden Design
Was this page helpful?
Thanks for your feedback!
Tell us why!
Related Articles 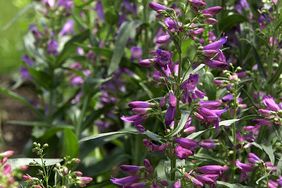 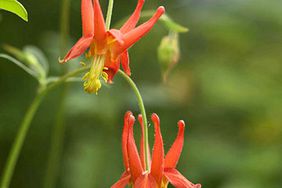 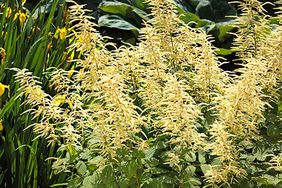 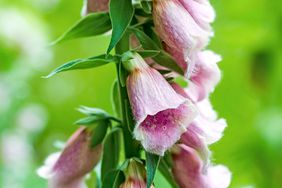 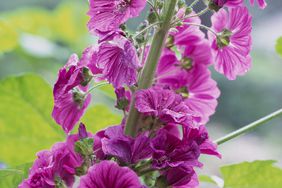 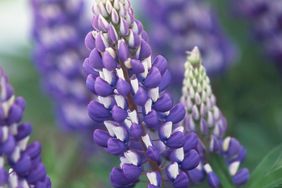 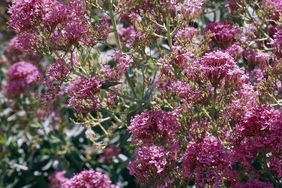 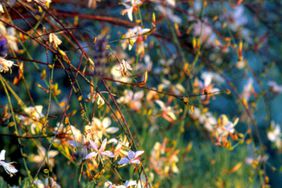 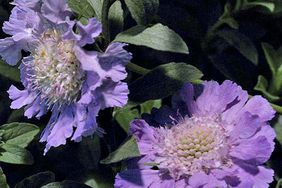 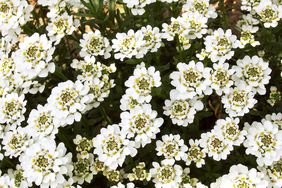 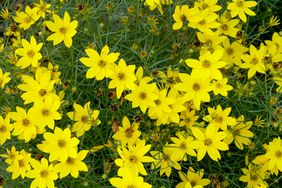 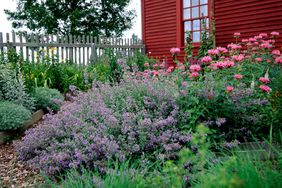