The elegant flowers of this plant come in a huge variety of shapes, sizes, and colors.

Dahlias bloom nonstop summer until frost in a rainbow of colors. As cut flowers, they will last several days, making them excellent for homegrown bouquets. A few of the most exciting flower types include the cactus form with its needlelike petals and the ball (or pompom) types that have small, spherical blossoms. Dinner plate dahlias have enormous blooms that can measure nearly a foot across. And some cultivars have burgundy foliage that provides a pretty backdrop for the showy flowers.

Dahlia Flowers: How to Grow, Cut, and Arrange Them

Dahlias grow equally well in the ground or containers. If you purchase them as bare-root tubers, start them indoors early in the spring for a head start on the growing season. To do this: Plant the tubers in a pot of well-drained potting soil about six weeks before the last frost; place the pots in a sunny window and keep warm. Keep the soil evenly moist, but not wet to avoid rot. Once the foliage emerges and the danger of frost has passed, plant in the ground.

When choosing where to use dahlias in the landscape, consider the mature height of the plant. Some large varieties, including the dinner plate dahlia, require staking or tall neighbors to support the heavy flowers. Dwarf and small varieties don't require additional support.

Using a low nitrogen fertilizer helps to increase their prolific blossoms. Full sun encourages more upright plants that need less staking, but these plants will still flower in part shade. If planted in shadier areas, the foliage tends to look greener than burgundy on dark-leaved cultivars.

If you are planning on saving your dahlias for the next growing season, take these steps: About two weeks after the first frost of the season has hit and the foliage has dropped, cut stems off at the ground and dig up the tubers. Be sure to dig carefully because the tubers can be fragile and may break into pieces. Wash excess dirt from roots and allow to dry. Store tubers in slightly damp peat moss or sawdust in a cool, dark place. Come spring, you will have tubers ready to plant for another year of showy flowers.

'Penn's Gift' is known for its large pink flowers that can reach more than 1 foot across. It grows 5 feet tall. Zones 8-10

This variety of Dahlia is a semicactus-type dahlia with spiky light lavender petals unfolding from a creamy white center. It grows 5 feet tall. Zones 8-10

'White Fawn' offers pristine white blooms, up to 4 inches across, on a plant that grows 4 feet tall. Zones 8-10

Dahlia 'SB's Sunny' is an award-winning variety that features layers of lemon yellow petals tightly clustered on a round, pom-pom flower. It grows 4 feet tall. Zones 8-10

Dahlia 'Survivor' is a large decorative type that features deep rose-pink blooms that can reach 12 inches across. It grows 5 feet tall. Zones 8-10 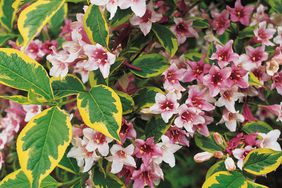 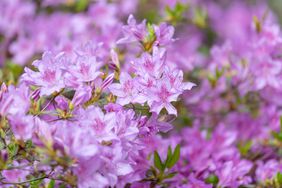 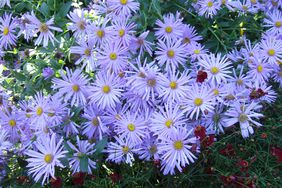 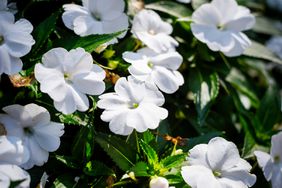 Best White Flowers for Your Garden 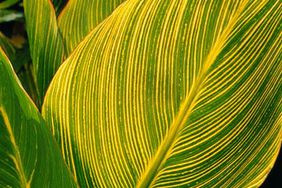