These pesky insects start coming indoors in the fall and stick around through winter, often in very large numbers. Keep them under control with these tips.

Usually, you'll spot brown marmorated stink bugs crawling around your house in the spring or fall. The insects sneak indoors in fall looking for a cozy spot to hibernate for the winter, then awaken in spring when the weather starts to warm up again. Like their name suggests, these pests can make themselves unwelcome by releasing an unpleasant odor when disturbed. Stink bugs are also just plain icky to have around, especially considering they've been known to gather in huge groups in houses like a scene out of a horror movie. While it's tricky to completely shut them out, there are still a few things you should know about these pesky insects and how to get rid of them.

Numerous stink bug species are native to the United States, but brown marmorated stink bugs originated in Asia. They made their way to the U.S. in the 1990s and were first discovered in Allentown, Pennsylvania, in 1998. Since their arrival, they've spread across the country at a rapid rate, and have been spotted in nearly every state. They don't have many natural predators in North America, so their population has exploded in the 20-plus years since they arrived.

Unfortunately, brown marmorated stink bugs (as well as other species of this insect) love feasting on fruits and vegetables. They have caused millions of dollars of crop losses for farmers in the U.S. and other places around the world. They'll also gorge themselves on ornamental plants. The young ones, in particular, will also feed on weeds and grasses. However, their appetites are limited to plants, so stink bugs won't bite you, and they won't cause any damage to your home like termites or carpenter ants might.

Why Stink Bugs Are In Your House

Unlike native stink bugs, brown marmorated stink bugs seek out protected structures like houses and garages to spend the winter, usually by the hundreds and even thousands. Once one of these insects has found a warm, cozy spot to wait out the winter, it can release pheromones that attract others to join it (don't worry, you won't be able to smell that). Typically, once they're inside, these stink bugs will look for a tiny crevice to hunker down in, like cracks in your walls or attic, but can end up just about anywhere. However, they prefer to be higher up, so they'll usually congregate on the upper floors of a house, rather than in basements. Stink bugs also enjoy close contact with one other and other objects, which is why they don't mind piling on top of each other in a small space, and why you'll sometimes find them in snug spots like the folds of your curtains or tucked behind a hanging photo.

One bit of good news: If you spot stink bugs in your house, you don't have to worry about them laying eggs inside. These insects go through a process similar to hibernation during the winter called diapause, which means their metabolism slows way down when it gets cold outside. They move and fly slowly (if at all), and they don't reproduce and lay eggs until the spring. By then they'll be out of your house and searching for the underside of a leaf to lay their eggs.

How to Stop Stink Bugs From Getting In

Preventing your home from being invaded by brown marmorated stink bugs in the first place can be tricky. Researchers at Virginia Tech have found that these insects can squeeze themselves through gaps as small as three to seven millimeters. A penny is about 1.5 millimeters thick, so stacking up two will give you an idea of what three millimeters looks like. That's pretty tiny, so while weather-stripping your windows and doors and repairing holes in screens can seal up larger entrance points, it's almost impossible to block every crack they could get through.

How to Get Rid of Stink Bugs

When dealing with a small number of stink bugs, many people just toss them back outside. If you'd rather keep insects at arm's length, vacuuming is a solid bet to quickly remove any stink bugs you find in your home. A small shop vac works especially well because it'll be easier to reach any bugs hanging out near the top of the wall or the ceiling. Empty your vacuum immediately afterward, preferably into a bag that seals: They've been known to survive the trip into the vacuum and crawl back out.

A homemade stink bug trap is also an option. One popular DIY trap involves filling a small tray or pan with soapy water and placing it underneath a night light or desk lamp. The insects will be attracted to the light, then fall into the water and drown.

You may want to squash stink bugs only as a last resort because they'll release an unpleasant scent when crushed. But if you do end up smashing a few, it might keep others at bay. Researchers at Virginia Tech have observed that live stink bugs tend to avoid other freshly-squashed ones. That could be worth a little smelliness, though crushing these relatively large insects (they're about three-quarters of an inch long) is definitely not for the squeamish.

Most insecticides labeled for household use aren't very effective against brown marmorated stink bugs. According to the U.S. Environmental Protection Agency, common insecticides may kill these pests in your home, but they won't prevent more from arriving. If you have a major stink bug infestation with hundreds or even thousands descending on your home, contact a pest control company to help minimize the invasion.

Stink bugs are definitely a nuisance, but with a little preparation in the fall, you can keep them at bay during the colder months, and get rid of any that still make it inside. Once warmer weather arrives, hopefully, the only place you'll see these pests is outdoors! 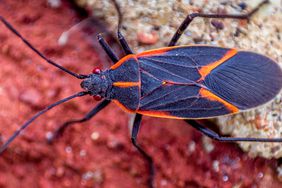 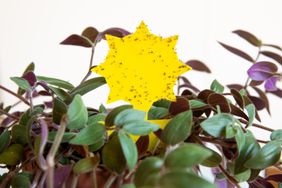 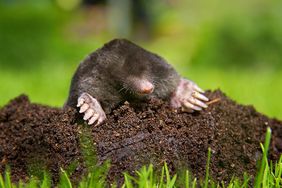 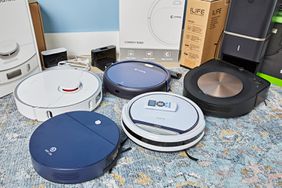 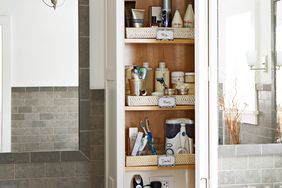