This Handy Family Worked Together in Their 1965 Fixer-Upper

Check out how DIYers Megan and Jesse Miller are passing on their skills to their daughters as they turn a 1965 ranch into their dream country home.

Jesse Miller doesn't remember the first time he held a tool or followed along on one of his dad's masonry jobs, so ordinary was the experience. Megan was raised much the same way. "Growing up, my dad was such a handy man and always did everything himself," Megan says. "It's the same with Jesse. We grew up with the notion that you can do it yourself." So in 2014, when the couple bought their house in Alliance, Ohio, they didn't balk at its dated, builder-grade ranch style.

"It wasn't really anything super special or charming," Megan says. "But we saw quite a bit of potential in it. It was simple and basic enough that we could make it what we wanted."

The Miller living room's enhanced architectural features make it a cozy and inviting family space. Daughter Navy, 6, shows off her building skills, while June, 4, and Megan read on the sofa Jesse built. The bottom cushion is an extra-long twin mattress that Megan tucked a quilt around. The warehouse trolley, side table, and artwork are all secondhand finds.

Navy and June came along soon after Megan and Jesse bought their 1965 fixer-upper. To manage renovating with small children, Megan suggests including them. Navy loves to paint. "So when I'm painting furniture or a wall, she grabs a brush and helps me," Megan says. It gives the girls a sense that they're contributing, and they learn skills along the way. June loves to watch Jesse use power tools. "Navy's going to love decorating, and I could see June getting into that," she says.

Tongue-and-groove boards from Jesse's woodworking shop now clad the ceiling between the beams. Megan painted the beaded board, and Jesse and Megan's dad installed them using construction adhesive, a brad gun, and rented short scaffolding.

Their talented family tree lent helping hands the first two months, ripping out carpeting, adding ceiling beams, and updating the kitchen with paint and new countertops. Since then, the couple has put in gallons of their own elbow grease, installing doors and millwork, adding windows to the kitchen, and painting nearly everything from walls to secondhand furniture to artwork. They share their progress on Instagram @megan.d.miller.

The hardworking ethos is in their blood, but it's also true to their sense of style. "DIY feels right in a farmhouse," Megan says. "It contributes to that laid-back, authentic feel."

Jesse added glass doors to a hand-me-down cabinet to protect favorite finds that convey the couple's love of nature and antiques. Megan buys the coral online but hunts old books, apothecary bottles, and other ephemera in local thrift stores.

Megan threads a natural, neutral color palette throughout the house and uses black paint to draw attention to interesting pieces of furniture or architectural features, such as the paneled front door. "Occasionally I will have something with a pop of color, but I end up getting sick of it and painting it neutral," she says. Rich wood tones provide earthy contrast in every room. Megan's dad made the ceiling's box beams out of new lumber that he beat up and gouged to make it look weathered.

We painted the living room floors first, and I liked it so much we painted the kitchen and eventually we'll paint the bedrooms too. It brightens up the rooms so much by bouncing light around, and it gives our house that cottagey feel.

Megan and Jesse chose durable floor paint, which they color-matched to Buttermilk by Olde Century Colors. Rather than seal them, they are letting the finish age naturally for a worn look. "We painted the living room floors first, and I liked it so much we painted the kitchen and eventually we'll paint the bedrooms too," Megan says. "It brightens up the rooms so much by bouncing light around, and it gives our house that cottagey feel."

Topiaries cozy up to the TV cabinet, which Megan painted a blue-black shade she mixed herself.

"Sometimes you have to do something in phases," Megan says. "I can work on it for an hour or two and then pick it up a couple days later." When the project involves paint, Megan has learned that if she seals the brushes or rollers in plastic bags and stores them in the fridge, she doesn't have to rinse them out every time she pauses.

Jesse glued and pin-nailed 1/4-inch-thick mitered plywood strips around the edges of the kitchen's flat cabinet drawers and doors to give them Shaker charm. After Megan showed him pictures on Pinterest, he also added tongue-and-groove paneling to the walls. The couple chose curly maple countertops, which Megan grew up with. "Curly maple is known for being super hard," Megan says. Once a year, they condition the wood with boiled linseed oil.

26 DIY Ideas to Update Kitchen Cabinets Without Replacing Them

Megan handled the painting, first hand-sanding the cabinet boxes and using an orbital sander on the doors and drawers. Then she brushed on good-quality paint. "I use angle brushes because I get a smoother finish and can get into all the nooks and crannies," Megan says.

How to Paint Kitchen Cabinets for a DIY Room Refresh

Removing the upper cabinets visually opened up the small kitchen and made space for new windows to bring in more light. Megan hung her copper cookware on a curtain rod for interest and function.

Megan scored their dining table for $45 and added the Windsor chairs and a wood candelabra for Colonial flavor. "I love white walls because they let the antique pieces stand out and do the talking," she says. Their go-to shade is White Dove by Benjamin Moore, and they apply a flat finish to the drywall and satin to the wood trim.

To protect against splashes, the Millers sealed the maple countertop with waterproof polyurethane. Jesse installed shiplap-style boards on the wall and made the Shaker-style vanity. Megan added vintage ceramic knobs and a thrifted round mirror.

"Gallery walls give such a collected look that I love," Megan says. The silhouettes are a combination of vintage and new ones Megan creates. She uses a black marker to trace over a profile design, then puts it in one of the vintage frames she picks up for a few dollars at thrift stores. She found the brass pendant at a thrift store too. "I was not sure it would work. But for $25, it was so cheap, I was going to buy it either way," she says.

Megan's favorite cotton-linen blends would have been typical in early American farmhouses for the same reason she chooses them: "It's easy to wash and not too expensive," she says.

Megan saved some of her mother's high school sketches of horses for June's room. She made the pennant from scrap fabric: "I painted the circle using acrylic paint, then added the number cut from felted wool."

Jennifer DeCleene is a photo stylist, interior decorator, and design writer with over two decades of editorial experience. She contributes to national shelter and lifestyle magazines including Better Homes & Gardens, Southern Living, and Country Living.

After a decade spent working as a magazine editor, including stints at O, The Oprah Magazine, Cottage Living, Southern Living, and most recently as the Home & Style Director at HGTV Magazine, Jennifer leveraged her editorial experience into an independent creative venture. She styles photo shoots for a wide range of brands, both editorial and commercial, and produces written content for design-focused clients. As a decorator for discerning homeowners, Jennifer is known for her friendly, detail-oriented approach, and her dedication to crafting spaces uniquely suited to each client's needs and tastes. Jennifer graduated from New York University with a degree in English and American Literature.

Andrea Nordstrom Caughey has been providing interior design insight to readers for more than three decades. She helps readers upcycle items and restore old spaces with modern aesthetics. Andrea's work has taken her coast-to-coast in search of the best home ideas, and her work has been featured in Southern Living, Better Homes & Gardens, and StyleBlueprint. She has also been involved with Dotdash Meredith as a regional editor for more than three decades. Her work has also included garden and outdoor ideas. 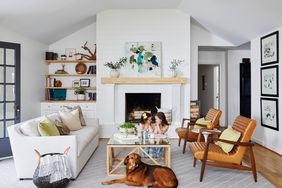 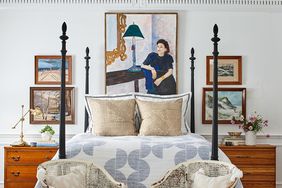 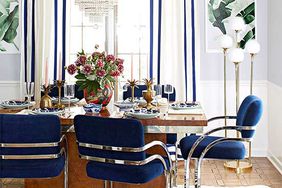 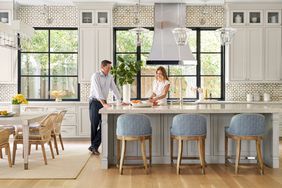 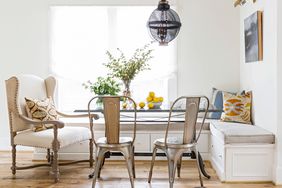 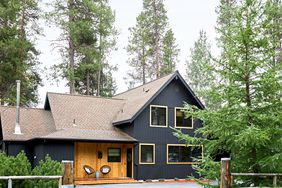 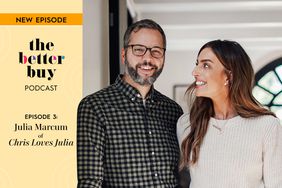