Riche Holmes Grant is an entrepreneur at heart who has been starting her own businesses since she graduated from law school. Now she's the executive producer and host of The Riche Life, a web series. She's also a freelance content creator who specializes in home decor, DIY projects, recipes and more for clients such as Martha Stewart, Better Homes & Gardens, REAL SIMPLE, West Elm, and more. Riche graduated from Brown University and attended the London School of Economics and Political Science. She got her law degree from Columbia Law School.

As someone who writes about food and decor, I stand on the shoulders of the Black women who helped shape American style, food, and culture. But they haven’t always received the credit they deserve. While researching subjects for a documentary I’m producing about the history of Black women in culinary and lifestyle worlds, I was especially struck by these four women. Cooks, mothers, and multihyphenates, they used the ingredients at hand to create their own recipes for success, knocking down racial and gender barriers and laying a foundation for other Black women to build on. They may not be household names yet, but they should be.

Lena Richard defied the odds stacked against her as a Black woman in the Jim Crow South to become one of America’s first celebrity chefs and the first African American to host her own TV cooking show, 14 years before Julia Child made her debut.

Known nationally as the best Creole chef in New Orleans, Richard ran a catering company, an international frozen food company, and a series of restaurants where whites and Blacks bucked segregation laws to eat her famous gumbo under one roof. She also opened a cooking school to help members of the local Black community command higher wages in the culinary industry.

Lena Richard’s New Orleans Cook Book, which she self-published in 1939, was the first Creole cookbook written by a Black author. Her goal was to make dishes like crawfish bisque and her popular watermelon ice cream (a realistic-looking watermelon made completely out of ice cream and sherbet) accessible to the ordinary homemaker. The cookbook became so popular that Houghton Mifflin republished it internationally the next year.

In 1949, Richard starred in her own half-hour cooking show, which aired twice a week on the local station. It was a huge hit. “Richard was beloved by both the Black and white communities in New Orleans,” says Smithsonian food historian Ashley Rose Young.

11 Black Trailblazers Who Are Reshaping the World in Creative Ways

An insider once called the White House head cook, “the most respected person in the house other than the president’s immediate family.” The cook was charged with everything from planning elaborate menus to preparing the president’s favorite dishes. Laura “Dolly” Johnson, a formerly enslaved Black woman from Kentucky, held this position twice.

In 1889, President Benjamin Harrison hired Johnson after firing his French chef. The fact that he chose Johnson’s hearty bluegrass cooking over the chef’s haute cuisine was a stunning move that made national headlines and waves among African Americans, who were proud to see Johnson selected for the job. It had actually taken months of coaxing to get Johnson—who was happy in Kentucky with her life as a cook for former Union soldier and lawyer Col. John Mason Brown—to the White House.

When she arrived in December 1889, her first major meal for the First Family was a Christmas dinner that featured her bluepoint oysters, turkey with cranberry jelly, Maryland terrapin, mince pie, and plum pudding.

Unfortunately, Johnson had to leave after seven months to care for her daughter, but she returned during President Grover Cleveland’s second term. She worked for a year before Cleveland fired her then attempted to rehire her. In a bold power move, Johnson refused his offer and went home to Kentucky. There, she became one of the first Black women to own a business on Lexington’s Main Street, catering and opening a number of restaurants, including one named the White House Café.

What I admire most about Johnson is that she didn’t let the sting of slavery hold her back; she moved forward, negotiating life on her own terms. Throughout her culinary career, she was always in control, even when she worked for other people, and that’s what I call freedom.

When Malinda Russell self-published A Domestic Cookbook: Containing a Careful Selection of Useful Receipts for the Kitchen in 1866, she was looking to make money, not history. Two years earlier she had been robbed of her life savings and fled Tennessee to Michigan. She hoped sales from the book would allow her to eventually return home.

It’s unclear whether Russell made it back, but I like to think that she did. She was a free Black woman who had already supported herself and her son as a cook, ladies nurse, laundress, and owner of a boarding house and pastry shop, so she was certainly up for the task.

In 2000, Russell’s cookbook was recognized as the first to be authored by an African American after a culinary historian discovered the only surviving copy. It contains about 250 recipes—mostly pastries but also some savory dishes and home remedies. Russell keeps them short and simple, with the assumption that readers have basic culinary skills to fill in the blanks. And though she was from the South, her recipes reflect a geographically diverse palate. So, if you’re looking for a good fried catfish recipe, you won’t find it among this collection; Russell preferred to fricassee hers instead.

I find it fascinating that Russell’s cookbook didn’t just add to American culinary history; it changed it. Toni Tipton-Martin, author of The Jemima Code, called it an “Emancipation Proclamation for Black cooks,” freeing us from the stereotype that African Americans cook only soul food. Big thanks to Malinda Russell for setting the record straight.

Georgia Gilmore was a cook, midwife, and mother of six known around Montgomery, AL, for speaking her mind and making the best pork chops in town. These assets would make her a key figure during the Montgomery Bus Boycott of 1955.

As the boycott took off, Gilmore started selling fried chicken sandwiches to protesters and at organizing meetings, donating her profits to the movement. Soon she galvanized a community of other Black women cooks to sell dinners, cakes, and pies all over town. Together, they turned their food into a tool of resistance during the 381-day boycott. Because many of them feared losing their jobs if their employers found out, Gilmore kept their identities a secret. She named the clandestine network the “Club From Nowhere” because when people would ask where the food and money came from, she would answer matter-of-factly, “It came from nowhere.”

Ironically, it was Gilmore who ended up losing her job after testifying on behalf of Dr. Martin Luther King Jr. and 89 other protesters who’d been arrested. Afterward, King encouraged her to open a restaurant inside her home and helped her pay for equipment. It soon became a gathering place for civil rights activists of all races to strategize and feast on Gilmore’s stuffed pork chops (one of MLK’s faves), fried chicken and fish, collard greens, and pound cake.

In a full-circle moment, Gilmore’s civil rights journey ended in the kitchen where it began. She died in 1990 while cooking for the 25th anniversary of the 1965 march from Selma to Montgomery. The chicken and macaroni and cheese she made were later served to her mourners; I think she would’ve approved. 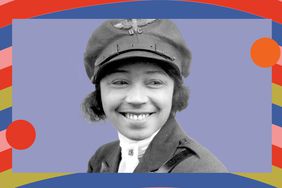 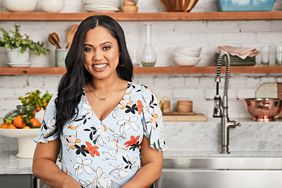