Tovah Martin is the author of 16 books on gardening, and a writer, producer, and stylist for many garden stories featured in BH&G, as well as other prominent national and regional publications. She lectures throughout the country to botanical gardens and garden clubs, as well as often appearing as a speaker for Master Gardener symposiums. Tovah has been the keynote speaker at the New England Flower Show & Perennial Plant Conference and has served as a judge for the New England Flower Show and the Philadelphia Flower Show.

Tovah has always been fascinated by plants, beginning with an independent study of herbs followed by 25 years at Logee's Greenhouses focusing on houseplants. She left Logee's to work at the esteemed White Flower Farm, helping that company introduce houseplants into their catalog. Simultaneously, she has always written about gardening, launching her writing career with articles for The New York Times and Horticulture Magazine followed by 14 years as Hearst's Victoria Magazine's garden editor.

Since Hearst's Victoria ceased publication, she has continued writing for publications in the US and abroad, including Gardens Illustrated in Britain and Korean Airlines' inflight publication, Morning Calm. For two years, she chronicled the planting and progression of Piet Oudolf's perennial and bulb combination borders for the New York Botanical Gardens. In her articles, she also shares knowledge gained through fanatical and obsessed gardening endeavors at Furthermore, her 7-acre property in CT. At Furthermore, she maintains perennial, vegetable, and annual gardens as well as mixed borders, lawn replacement plantings, a large meadow, and cut flower beds. Indoors, she cultivates over 200 houseplants and is continually collecting plants to bolster her knowledge. And in her spare time, she collects garden antiques and hugs her goats.

Tovah has been featured for a CBS Sunday Early Show segment on terrariums. She has been a guest on the Martha Stewart Show, At Home, The Victory Garden, the Indoor Gardener, B. Smith with Style, Home Matters, Chronicle, and the HGTV Way to Grow Show as well as appearing frequently on radio broadcasts including NPR and Martha Stewart. She spent two years as the Editorial Producer and frequent guest on the PBS television series Cultivating Life with Sean Conway.

Tovah is an accredited Organic Landcare Professional with NOFA (Northeast Organic Gardener Association). She is an Honorary Member of the Garden Club of America and the Litchfield Garden Club. 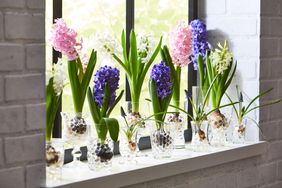 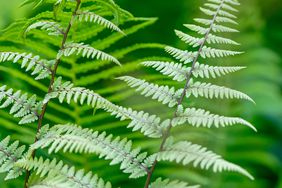 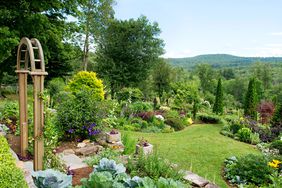