Charlie McKenna is a master BBQ and rubs chef. After graduating from New York's Culinary Institute of America in 2000, he became a sous chef at two legendary Chicago-based restaurants, Tru and Avenues in the Peninsula Hotel.

His Southern inspiration has won him numerous awards, including in 2007 and 2016 at Memphis in May. While his love of southern cooking has expanded with Southern Revival Hospitality, his restaurant group, it's his BBQ sauces and rubs that are his true passion. Combined with his early upbringing at his grandmother Lillie's dinner table, he began and operates Lillie's Q, a cooking company that provides southern BBQ sauces, rubs, and kettle chips to those who want to bring the southern flair to their own dinner table. 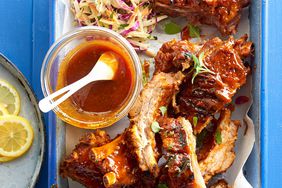